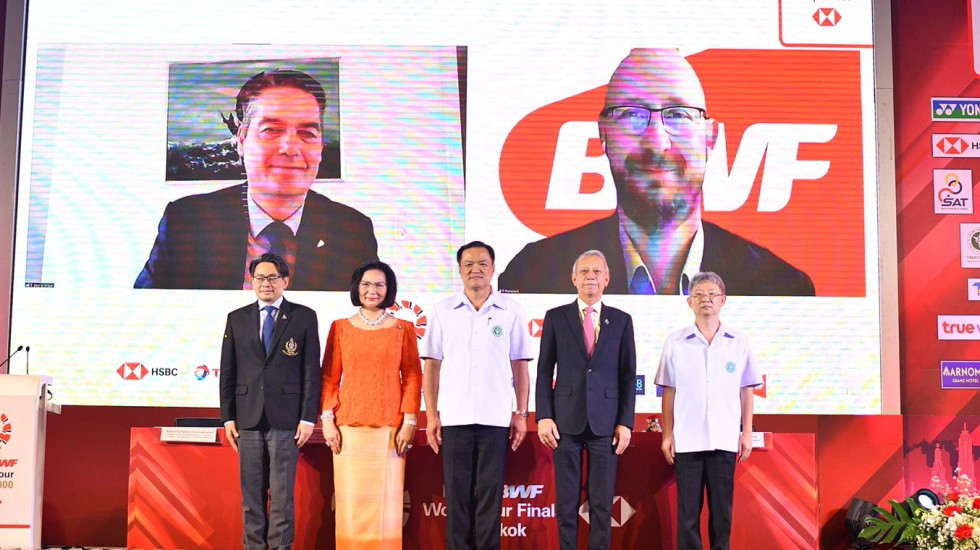 The event was hosted by BWF Deputy President and President of Badminton Association of Thailand, KhunyingPatama Leeswadtrakul, and attended in a virtual capacity by BWF President Poul-Erik Høyer and BWF Secretary General Thomas Lund.

The ceremony was also attended by Thailand’s Deputy Prime Minister and Minister of Health, Mr. Anutin Charnvirakul, and the Minister of Tourism and Sports, Mr. Phipat Ratchakitprakarn.

The three tournaments are named as follows:

The Asian leg follows the successful staging of the DANISA Denmark Open 2020 earlier this month and is a further move to ensure badminton remains relevant and to protect the livelihoods of international badminton players.

BWF President Høyer said: “The Asian leg presents an important opportunity for us to kickstart badminton’s successful return and to see our players back in action.

“Thailand has a strong history of organising major badminton tournaments and we trust our hosts to deliver a spectacular month of badminton in January 2021. Together we have the chance to make badminton shine once again on the international sports calendar.”

The Minister of Tourism and Sports said in his address: “These three badminton tournaments are considered a great opportunity to restore the country’s tourism economy. It is also showcasing Thailand’s potential to host world-class sporting events.

“The staging of the tournaments aligns with the vision of the Ministry of Tourism and Sports to develop and integrate tourism and sports. Furthermore, the three events can also be criteria for other sports competitions in Thailand in the new normal.” 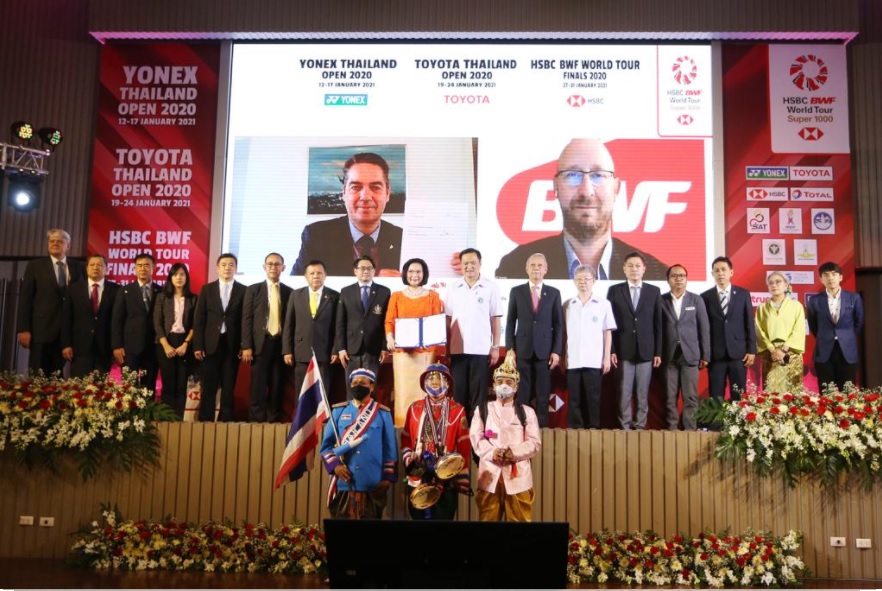 Leeswadtrakul added that it was an honour for BAT to host the Asian leg and thanked the Government of Thailand, all government stakeholders and principle partners HSBC, Yonex and Toyota for their contributions in making this possible.

“We have tremendous support to deliver these historic badminton tournaments in Thailand under strict control for the safety and health of everyone.

“The tournaments will make people proud of the country because it is the first time that three tournaments of this kind will be held in one month in one country. At the same time, it is expected to stimulate the economy that has been stagnant since the COVID-19 pandemic,” she said.

“We are pleased to see the safe return of international badminton to Asia – a sport that means a lot to us and our customers across the region. We’d also like to thank BWF and the tournament hosts in Thailand for enabling these sporting events to go ahead with the health and safety of fans and players as a firm priority. We look forward to supporting an exciting month of badminton in January 2021,” Tan said.

Further details on tournament logistics and health and safety measures at the Asian leg will be revealed in due course.