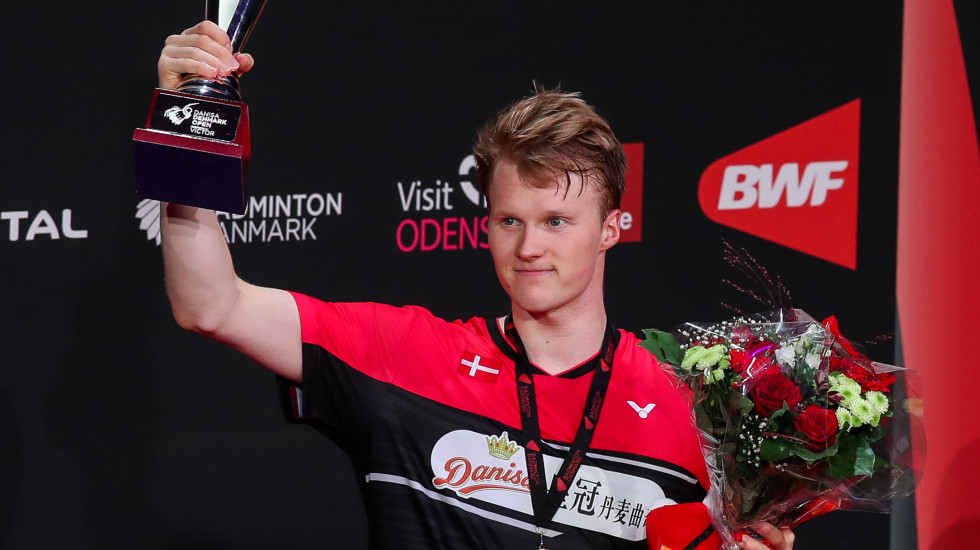 It says something about a match when both combatants leave the arena unable to walk.

At the end of the 74-minute men’s singles final of the DANISA Denmark Open 2020, Anders Antonsen and Rasmus Gemke were left battered and bruised and heavily cramping from their exertions. Antonsen was the winner, but only just. The 18-21 21-19 21-12 result made him the first Danish men’s singles winner in a decade.

Record and form favoured Antonsen, but it was Gemke who set off the fireworks. Taking the initiative and firing fierce and precise smashes, Gemke had Antonsen scrambling all over. The third seeded Antonsen, feeling the pressure of being the favourite, somehow never seemed his fluid self; Gemke was setting the pace and Antonsen was only reacting.

The challenger did brilliantly to erase a four-point deficit midway through the second game; at 19-all the match was poised on a razor edge. Gemke spotted an opening deep in his opponent’s backhand corner but the shuttle missed the line by a whisker; on the next point he smashed wide to help Antonsen level it at a game apiece.

“I’m annoyed at the two mistakes at the end of the second game,” Gemke was to say later. “I feel that I was trying to do the right things where I tried to move forward but I sent it too much to the side because of the wind. I think I tried to play after my plan in the last game but massive kudos to Anders who was brilliant.”

Despite the reprieve, Antonsen was unable to break free until the midgame interval. Gemke had thrown everything he had, and the physical strain had proved too much. Both he and Antonsen had to be wheeled out.

While Antonsen was unable to address the press, Gemke, helped on his feet by two officials, could only offer: “Many things are going around in my head right now. My body is so tired. I can’t think about the game.

“When you are up against a world class player like Anders of course there will be some changes in the tempo. Sometimes he put the shuttles low and sometimes he was explosive. It is difficult to play against because you never know what will come.”