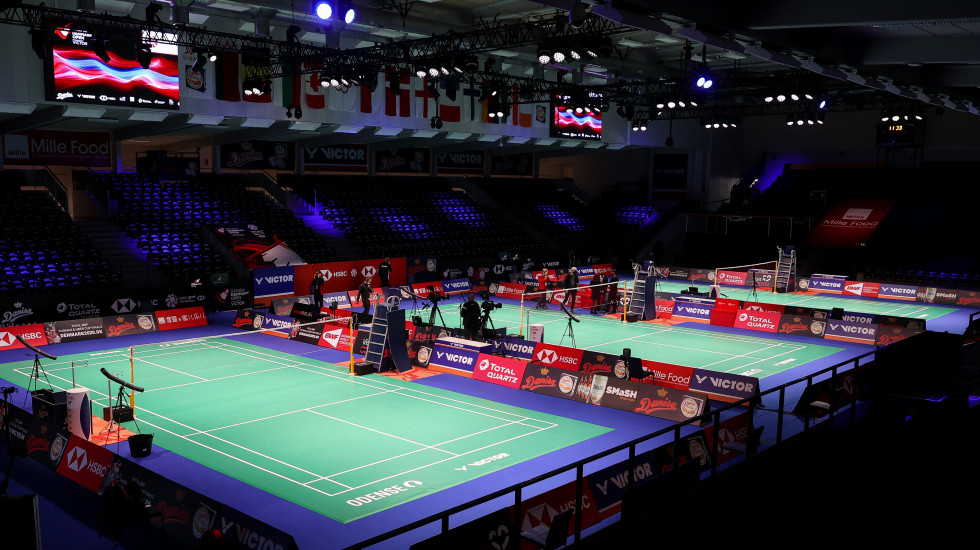 The much-awaited DANISA Denmark Open 2020 is here, marking the return of top-level badminton after seven months.

All systems are ready to go, and everybody who has arrived in Odense – players, coaches, officials and technical support personnel – were excited to be part of badminton’s return. On the practice courts, the teams went about their business as usual.

The event is special for a number of reasons. The circumstances under which it is being held are unprecedented; players have had little match experience in preceding months and might possibly take some time to find their rhythm.

Still, those with a proven track record, players like Anders Antonsen, Chou Tien Chen, Nozomi Okuhara and Carolina Marin in the singles, and pairs like Yuki Fukushima/Sayaka Hirota and Mayu Matsumoto/Wakana Nagahara, will be expected to maintain their dominance.

However, the draw does provide opportunities for those slightly below the radar to make an impact. For players like Kidambi Srikanth, a winner here in 2017 but who has struggled with consistency over the last couple of seasons, this could be an ideal platform to rediscover title-winning confidence. Also in the mix will be several upcoming junior stars at the biggest event of their lives, seeking to take the step up to elite badminton.

Also in the mix will be several upcoming junior stars at the biggest event of their lives, seeking to take the step up to elite badminton. Those like Lakshya Sen, Christo Popov and Brian Yang, in the relatively open top half of the draw, will sense their chance to progress to the quarterfinals or beyond.

Chou Tien Chen (No.2 seed), Anders Antonsen and Kidambi Srikanth are in the lower half; Antonsen is unlikely to have problems in making the semifinals. Another player worth following closely would be Jan O Jorgensen, winner here in 2010.

In men’s doubles, Kim Astrup/Anders Skaarup Rasmussen and Marcus Ellis/Chris Langridge are likely semifinal candidates from the top half, while Vladimir Ivanov/Ivan Sozonov will sense a golden opportunity to make the final from the bottom half.

Japan’s top two pairs – Yuki Fukushima/Sayaka Hirota and Mayu Matsumoto/Wakana Nagahara – are overwhelming favourites in women’s doubles, and it will take something extraordinary to deny them a place in the final. But pairs like Gabriela Stoeva/Stefani Stoeva and Maiken Fruergaard/Sara Thygesen – both in the lower half – are capable of springing a surprise or two.

England have a good shot at the mixed doubles title, with Marcus Ellis/Lauren Smith and Chris Adcock/Gabrielle Adcock in the opposite halves of the draw. Russia’s Rodion Alimov/Alina Davletova, Denmark’s Mathias Christiansen/Alexandra Boje and Mark Lamsfuss/Isabel Herttirch are also likely to feature in the business end of the tournament.

Hungary’s Gergely Krausz, world No.103 who won the Uganda International earlier this year, took the place of No.1 Kento Momota at the top of the men’s singles draw. Krausz faces Canada’s Brian Yang in the first round. Momota had earlier withdrawn from the tournament.

Belgium’s Maxime Moreels, Germany’s Max Weisskirchen and USA’s Timothy Lam were promoted in place of Kanta Tsuneyama, Koki Watanabe and Parupalli Kashyap, who had all withdrawn.

There were three withdrawals each in men’s doubles and women’s doubles, but no reserve pairs in either category. Among the women’s doubles pairs who withdrew were Canada’s Rachel Honderich/Kristen Tsai and Catherine Choi/Josephine Wu.