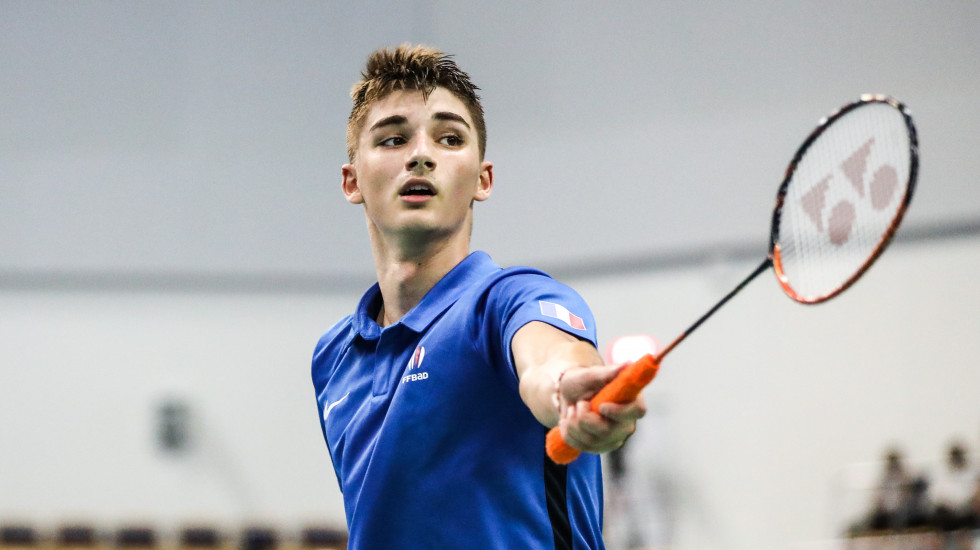 France's Christo Popov is one of Europe's brightest prospects.

A clutch of young players have the opportunity to make their mark at the DANISA Denmark Open 2020, which will showcase the return of competitive badminton after a seven-month hiatus.

While the spotlight, understandably, will be on marquee names such as Kento Momota, Chou Tien Chen, Akane Yamaguchi, Michelle Li and others, the Super 750 event could be the perfect platform for a breakthrough performance from those transitioning from the junior ranks.

France’s Christo Popov, who won the first medal for his country at the World Junior Championships last year, is one of Europe’s brightest young prospects. Interestingly, in the opening round the left-hander takes on fellow-teenager Lakshya Sen. The Indian has been causing ripples on the circuit, for he has already starting winning titles at the senior level, and the match between the two will probably be a trailer of things to come.

The top quarter has Brian Yang, runner-up at the Pan Am Games. Yang will have to hit the ground running, for he faces top seed Kento Momota first up, which should prove a valuable experience for the young Canadian.

Another young name to watch is Ireland’s Nhat Nguyen, who faces Spanish veteran Pablo Abian in the bottom quarter.

With substantial ranking points and prize money at stake, this is also a good opportunity for those with experience. India’s Parupalli Kashyap hasn’t written himself out of Olympic contention yet, but has a tough draw as he is in the same quarter as Momota.

Jan O Jorgensen, Denmark Open winner ten years ago, will also sense his chances of recapturing glory on a stage he has excelled in the past. If Jorgensen as expected passes his first two tests, he could run into junior compatriot Anders Antonsen, who is leading Denmark’s challenge.

In women’s singles, hosts Denmark will hope for their crop of young players to come good on home turf and provide optimism in a category that hasn’t given them many dividends in recent years. Line Christophersen, runner-up at the World Junior Championships 2018 and winner of the Belgian and Dutch Internationals last year, has risen quickly up the ranks; she takes on compatriot Line Kjaersfeldt.

Akane Yamaguchi and Nozomi Okuhara are seeded to meet in the final; among those favoured to prevent that eventuality are names like Carolina Marin and Beiwen Zhang – who are both in the same quarter; Michelle Li, Saina Nehwal and Mia Blichfeldt.

Japan are expected to dominate the doubles. Takeshi Kamura/Keigo Sonoda and All England champions Yuta Watanabe/Hiroyuki Endo head the opposite ends of the draw in men’s doubles, while Yuki Fukushima/Sayaka Hirota and Mayu Matsumoto/Wakana Nagahara are similarly placed in women’s doubles.