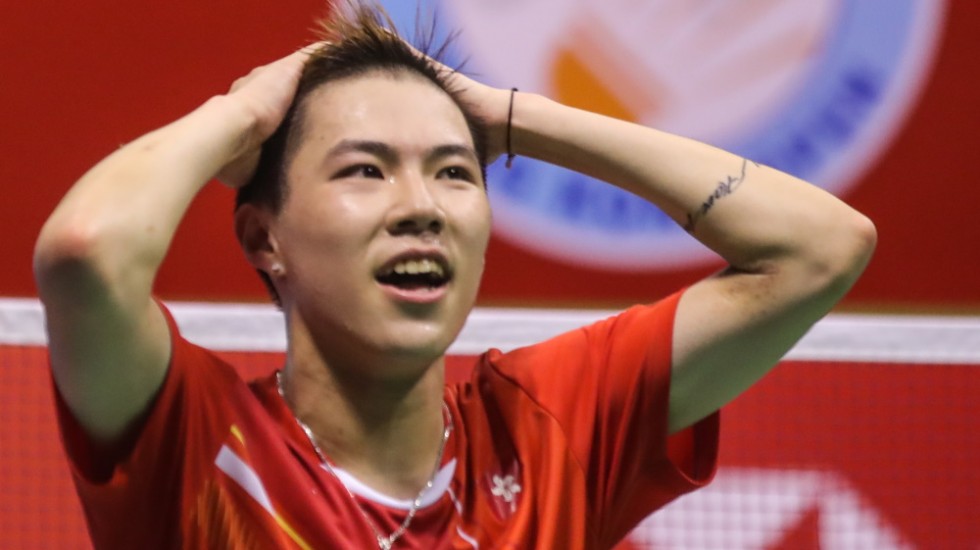 Lee Cheuk Yiu soaks in the moment after his career's biggest win, at the Hong Kong Open 2019.

Lee Cheuk Yiu, who authored the most unanticipated title victory of the last season, is seeking to work on improving his patience before the circuit restarts, as he senses increased attention from opponents.

The Hong Kong China player, whose journey from qualifier to champion at the Hong Kong Open last November created a sensation, accepted that he had to be prepared for his game being analysed in detail.

“Now I know many players have their focus on me, so I think I need to change a few aspects of my game. I might need to change,” he said. “I’m planning to keep playing with patience, both during training and during competition. The circuit will start again after a few months. These two months in my training might be more specific, to make me stronger, and get the tournament feeling.”

Lee’s performance at his home tournament had come without warning, for he had never crossed the first or second round of 19 previous tournaments. Promoted to the main draw from qualifying, he successively took down far more fancied opponents in succession – third seed Shi Yu Qi in the second round; Viktor Axelsen in the quarterfinals; Kidambi Srikanth in the semifinals, and then, in an absorbing final, Anthony Ginting. It was a fairytale week for someone who had been on the fringes of the elite level.

“I think it was my mind, I played with patience, and not just fast,” he recalls.

In his four tournaments since then, Lee can take heart from the Indonesia Masters, where he beat Chou Tien Chen and Shi Yu Qi for a place in the semifinals. After a first round loss at the All England, the team returned to Hong Kong, where they had to spend a month in lockdown.

“One of the travellers on our flight was infected, so we were quarantined in a hotel for 14 days when we landed,” says Lee. “It was quite boring, we could only stay inside, and just order food. We did some bodyweight training in the room to maintain fitness. We got back to the training centre after we were declared safe. In the first week, we trained to get back our feeling and fitness.

“Now my condition is quite good. Normal training started two months ago. I just want to keep my confidence high for the future when the circuit starts.”