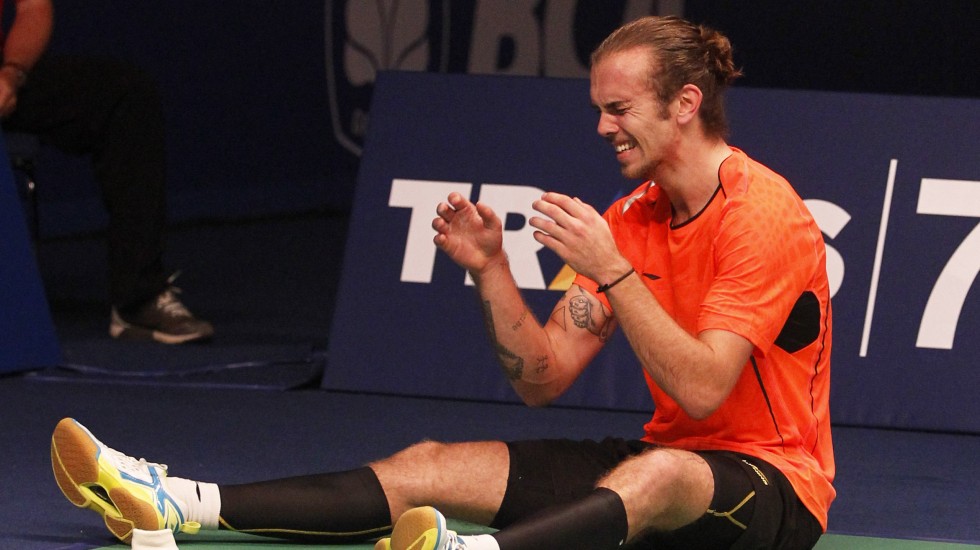 On This Day: Jorgensen Makes Europe Stand Tall in Indonesia

The prestigious Indonesia Open has a proud tradition and history that goes back to 1982.

It was however not until 2014 that spectators at the usually boisterous Istora Senayan witnessed a European lift the men’s singles title.

That honour went the way of Danish star Jan O Jorgensen, although victory did not come easy for the then 26-year-old, who despite winning in straight games, was made to slog for 44 minutes by Japanese rival Kenichi Tago.

An overwhelmed Jorgensen falling to the ground in tears of joy after clinching the final point remains an image of raw emotion forever etched in the competition’s folklore. Gracious in defeat, Tago, though sullen, offered Jorgensen his shirt and the pair exchanged an embrace.

“It’s amazing. It’s by far the biggest achievement in my career. This means I’m one of the greats from Denmark.

“They didn’t think I was ready when Peter Gade retired (in 2012) but I showed I’m one of the contenders for the big titles.”

In ending Europe and Denmark’s long wait for glory on Indonesian soil, Jorgensen prolonged Japan’s craving to see their men’s singles shuttler reign supreme by a year. Kento Momota snapped that barren spell a few months later when he bested the Dane in a marathon 66-minute final.

Unfortunately for Europe, no shuttler has followed Jorgensen’s footsteps in winning what is now a Super 1000 event on the HSBC BWF World Tour.

Danish men made four of the next five finals – including Jorgensen who did it three times in a row – but were denied by Lee Chong Wei, Momota and Chou Tien Chen respectively.

One year after losing to Momota, Jorgensen could not outwit Lee while Viktor Axelsen failed to stop the Japanese marching to his second title in 2018. Last season, Anders Antonsen was beaten in the final by Chinese Taipei’s Chou.