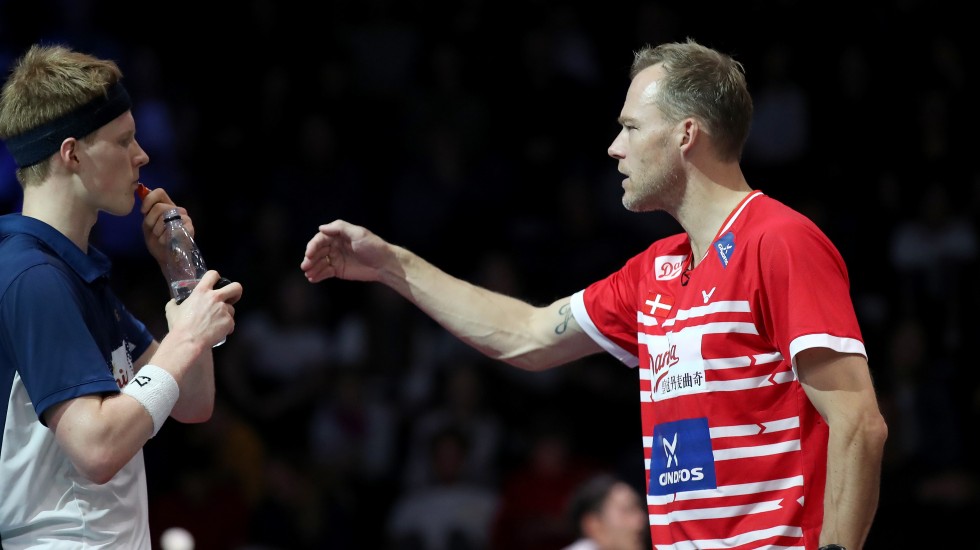 ‘Time for Development, but Aware Monotony Can Set In’

The suspension of the circuit due to the coronavirus pandemic has thrown up some unexpected questions for Danish head coach Kenneth Jonassen, regarded as one of the most astute badminton minds.

Time is not the pesky presence it was, for urgent considerations of competition have receded – but in its place, a new set of challenges has manifested.

In this conversation, Jonassen talks of how he views the break in the circuit and his hopes of leveraging the time available for long-term benefit. Part 1 of a two-part interview: 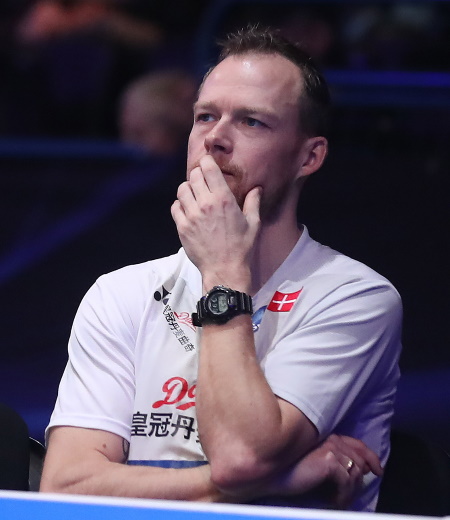 One hears that Danish players have returned to training. Has the training returned to normal, or are there restrictions?

Players have returned to practice, but because of the restriction in the numbers we are allowed to have in the hall on a regular basis – we are allowed six players and one coach (in each session), and then between each session we need half-an-hour’s break so everything can be wiped down and cleaned before resuming practice for the next group. Which overall means we practice from 8am to 6pm because we have five categories. It’s nowhere near to how we normally operate.

The first session in the morning is from 8am to 9.30am; the next (women’s singles), and so on – so each category gets 80 minutes.

With social distancing measures in place, are doubles players allowed to train together?

Each group right now consists of five to six players. So they can’t play as doubles; they are of course in the hall at the same time, but we are limited to doing standard routine sessions or drills which right now is great because it has been quite a long time off without practice. That’s good, but in the near future, that will not be enough and will start to becoming boring, so hopefully we’ll be able to adjust and get more players in, and also go back to our regular routines because these three-four months are great if we have the time and the ability to improve. But overall we need some of the restrictions to be removed a little bit.

How was the players’ physical condition when they returned from isolation?

I think it was four and a half weeks (of isolation) before they returned. We set up different home practice training routines; they received individual programmes; our physical trainer also did online sessions with them. We were keen to inform them on not overdoing training at home; train everyday but do not overdo it because if you suddenly start to do something new five-six times a week, you don’t know what’s going to happen after two-three weeks. But overall we were very pleased with the condition that the players were in.

Have your back-up and junior players also returned?

We are only allowed to take the core of our main team, which is roughly 20 players, divided into five different categories. Anything from four-six players in each session, and so the next generation of players is not allowed. The young talent, the under-21 players are not allowed in; only those at the top of our system. 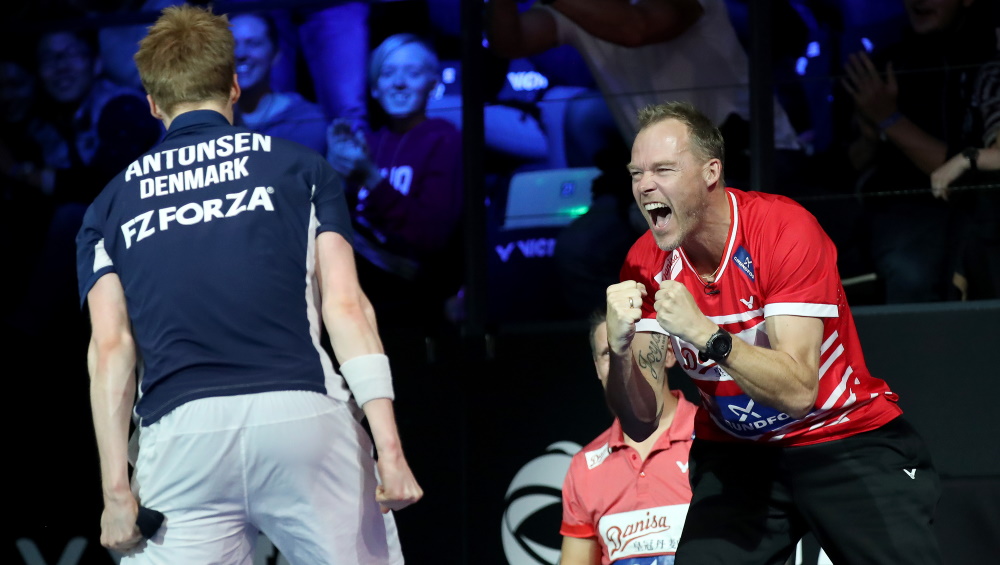 Given the restrictions, you have had to be inventive with your drills and exercises?

We kind of have to dig deep in terms of finding new exercises, but at the same time, after these last two weeks, we’re starting to move… in the beginning it was just getting back to hitting the shuttle, because the badminton specifics in your wrist, elbow, shoulder, it’s very hard when you suddenly take up badminton again, no matter what you’ve done on the outside. So the first two weeks is about getting close to back to base.

From now on we start to work on a more development mindset, in terms of developing each player’s skill level and so on. We’re not too worried about the physical side of things, we’ve plenty of time to do that, it’s more that we can develop the badminton skills.

Is this break in the circuit a blessing in disguise, in terms of developing skills, because otherwise you hardly have time between tournaments?

That’s a very good question. Overall if we can use this great opportunity on the back of the world pandemic, I do believe that for the overall age group of our players, it’s good for us. But it’s something new, it’s something that not even our coaches have tried many times, to have four months in a row. The players definitely not. They might have had five-six weeks before a tournament, and that must have been the World Championships or Olympics. Now having four months, motivation-wise, and dealing with the weeks looking like each other, week-in week-out, the monotony is something we are super aware of, because we know it’s coming. Right now it’s fun and interesting, but let’s say one month ahead from now, and each week looks the same, it is going to be quite difficult to continue motivating, and we do think that is one of the key components in developing, that you are highly motivated and excited to come to practice. I do believe that that’s where you develop the most. 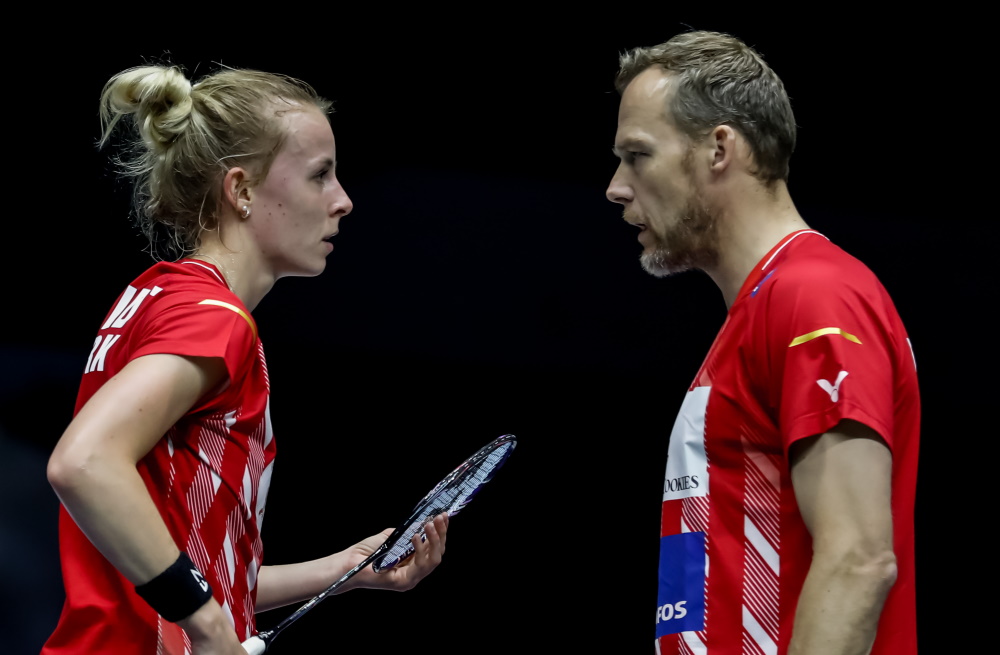 Are there benefits to being in a phase without the stress of competition?

Both yes and no. In terms of having a development mindset, that’s a good thing, because every time there’s a tournament lurking around the corner, coaches and players tend to be less interested in trying on new things. So in that sense, it’s again a great opportunity if we are able to be specific on what we want to develop. At the same time, no having a competition, being in that mindset for four months – and to be honest, whatever we practice has to be used in a competition mindset – so we are looking into ways of hopefully having some competition weeks this summer at our national centre, against each other of course, but with development in perspective. It can’t copy how it is to stand at tournament – of course not – but we can try our best throughout the summer to have something for these competition weeks, put something on the line, between the players, or between the players and coaches. Whatever it takes – because the competition mindset is a key component which we can’t neglect to nurture for four months.

On the physical side, you must be happy with the time they’re getting to recover?

Definitely. Because we are restricted both in terms of how many sessions we can do daily, and how long the sessions – now we’re allowed 80 minutes on court. Nobody gets any more. At the same time we are limited in terms of players being able to use the gym; we share the facility with sports like swimming, handball and so on, there they are also limited in how many athletes are allowed in.

So I’m not worried because we have a long period, but some of the restrictions would be beneficial for us if they got lifted, or slightly eased, but I still think we’re in a fortunate place, we’re very happy and very excited that we can practice. And we’re one of the only indoor sports in Denmark allowed to practice. So we are blessed in that sense.