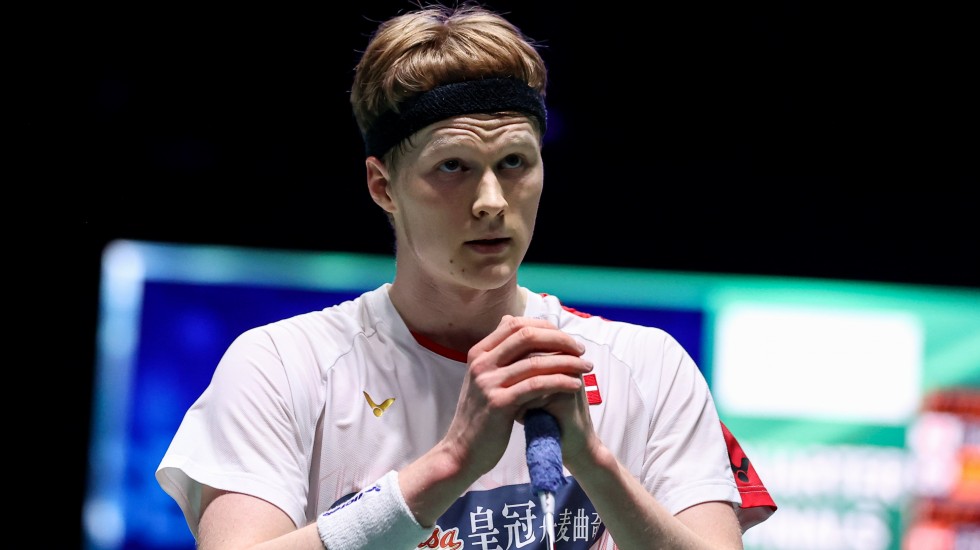 For the last few months now, world No.3 Anders Antonsen has been running a popular vlog that shows an up-close-and-personal view of the life of an elite badminton player.

The Dane is startlingly frank in the vlog, offering his fans a window through which they can live through his experiences before and after matches, warm-up and stretching sessions, travels and hotel rooms, besides his daily life in his Copenhagen apartment.

With the lockdown in place, Antonsen says his vlog is his way of documenting life at the moment.

“I’m doing these vlogs sometimes just to show the life of an athlete and in this particular situation in my life,” the Dane told Badminton Unlimited. “I have a few more vlogs coming up about the quarantine life, but I’m also trying to figure out what to show because as I just said, there is not much to do. I could of course just record me lying on the couch, watching Netflix the whole day but I don’t think that would be really interesting!”

Like other elite athletes, Antonsen has had to work around the problem of not having access to regular training. The vlog shows him getting an exercycle in his apartment and cycling with close friend Anders Skaarup Rasmussen outdoors.

“We are limited to do what we can in the apartment or in the house. I have brought some equipment to my apartment. I have got these rubber elastic bands with which you can do a lot of exercises, and some hand weights. I spend a lot of time on the bikes as well, to try and stay in shape in this time when we don’t have access to badminton,” he says.

The last tournament before the lockdown that he played was the All England, where he reached the semifinals. He retired early in the match after twisting his ankle, and says has recovered well.

“I twisted my ankle at the All England and at that time my physio said that I should probably expect not to play for six weeks. But it’s going well, it’s going in the right direction so I guess in a few weeks I will be able to move around on the badminton court again.”

The postponement of the Tokyo Olympics, he says, has worked well for him as he expects to be a better player a year from now.

“From a selfish point of view I think it’s a good thing for me because I’m definitely going to be a more developed badminton player in one year or one and a half years. I’m still on the rise. I can still improve in one and a half years as how I’ve been doing for the previous year and a half.”

With a strong start to the year – he was in the final of the Indonesia Masters and the semifinals of the All England – Antonsen is pleased with the way his game has been shaping up.

“I was really happy to reach another final at the Istora Senayan, third in a row, so that was amazing. Of course, the All England was a big goal and I reached the semifinals there which has always been a big dream of mine as well but unfortunately it ended in a really bad way. That was tough, to play in a big match like that but not able to finish it. But for me to go out in 2020 and start off with some good results was really good and I’m really happy about that because I feel I have not been in my best shape so to still be able to get good results is definitely a good thing.”

As for his fans, Antonsen has some words of advice:

“I would encourage them to keep working out as much as they can in whatever facility they have. Stay active physically and mentally. Stay really patient because this is a tough period of time and a lot of uncertainty. We don’t know when we can get back to our normal life and be able to travel or play sports or watch sports on the television. Call your loved ones, call your family, talk to the people around you and encourage them to do the same so yeah, that’s my message.”