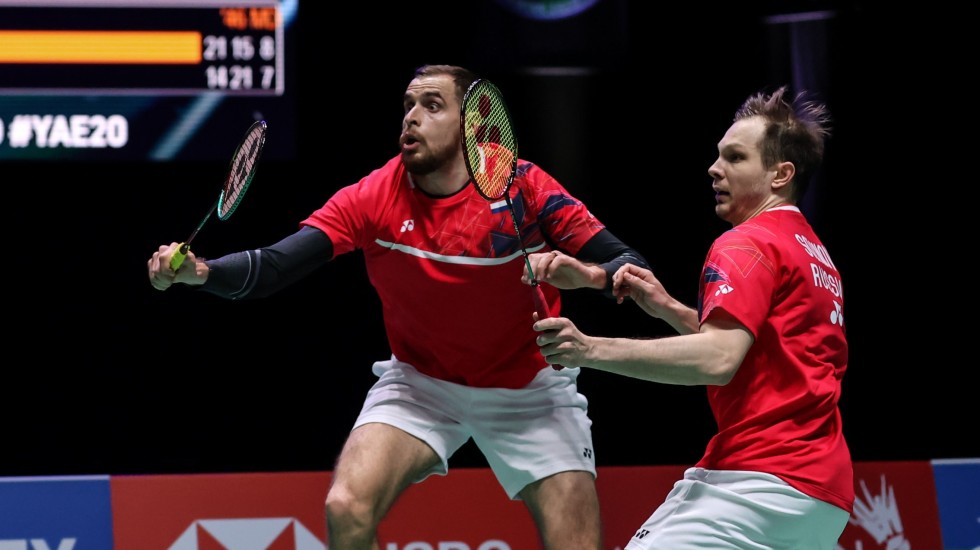 Vladimir Ivanov and Ivan Sozonov have always been an enigma.

On their day, the Russians are capable of beating the best pairs of their time; yet, their performances have unpredictability built into them. This has become particularly noticeable over the last couple of years as they struggled to get past even the opening rounds of Super 500 tournaments. 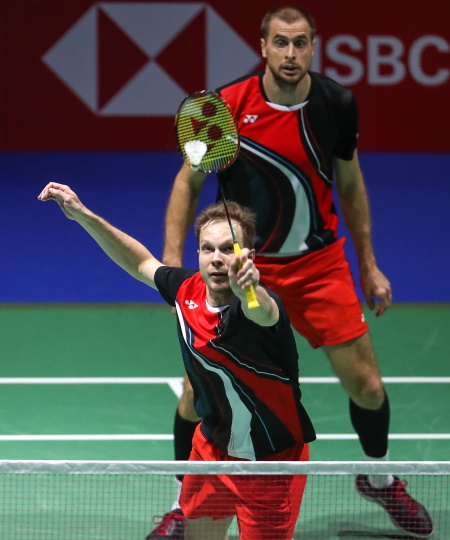 Consider their performances since the Sudirman Cup last May – an event at which they walloped Asian champions Hiroyuki Endo/Yuta Watanabe in straight games in the Russia-Japan tie. After semifinals at the European Games and the Russian Open, the Russians fell in six straight first rounds. The months since saw a welcome title at the Dutch Open, a semifinal in Dubai, and quarterfinals at the Italian International and Syed Modi Championships sandwiched between six early exits. Not exactly what fans would expect of a pair that continues to trouble the world’s best.

But the Russians again served up a surprise at the YONEX All England earlier this month. The tough Chinese pair Han Cheng Kai/Zhou Hao Dong were beaten in straight games, followed by Takeshi Kamura/Keigo Sonoda in a tight finish.

“We didn’t have a good couple of years,” acknowledged Sozonov. “Of course once you play the top level and make the top 10, it’s very difficult mentally to stay there.”

“It’s an amazing feeling,” said Sozonov, who does most of the talking, for Ivanov is more comfortable negotiating missiles on court than questions off it. “Of course we were aware they were playing at home, and you tend to play better in front of your home crowd. But when you are on court and stay focussed on the shuttle, you don’t see what’s happening around you.”

The Russians’ abilities were never in doubt. During their greatest week, in March 2016, they beat no less a pair than Korea’s Lee Yong Dae and Yoo Yeon Seong in the semifinals, followed by a dream victory in the final over Japan’s Hiroyuki Endo and Kenichi Hayakawa.

To prove their victory over the Koreans was no fluke, they repeated that feat at the world’s biggest stage – the Rio Olympics 2016. Since then, however, they have enjoyed only sporadic success.

The Russians play a style rather unique in men’s doubles. Given Ivanov’s reach, he appears almost laconic, but he can penetrate the best of defences even from the deep. Sozonov is a busy presence at the net. 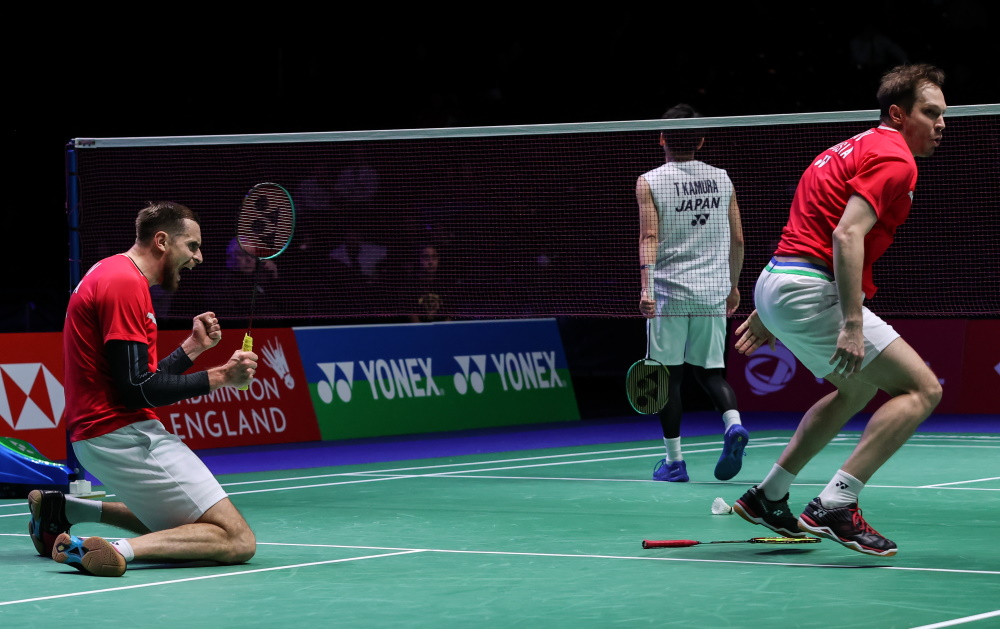 Staying true to type, the Russians haven’t been able to string together a sequence of good results over the last couple of years. From No.10 in July 2018, the Russians slipped outside the top 30 in March this year – although they have now bounced up to No.24.

“We’re not thinking about the past. We want to just think about the next match,” said Sozonov, after their second round win. “The All England has great atmosphere, it’s a great arena. We love playing here, because we feel the people here like badminton, and we feel the energy and they give us the confidence. It’s a great feeling.”

During the Sudirman Cup, Sozonov had promised that they would look to press ahead after the high of beating Watanabe/Endo. That didn’t really come about. Now the Russians appear to have found form once again with the All England. Sozonov is hoping the form will last – but his voice had more than a hint of uncertainty about it even after they beat Kamura/Sonoda in the second round:

“We’ve reached the quarterfinals of the best tournament in the world, and that will give us confidence. Maybe we will find our best game.”