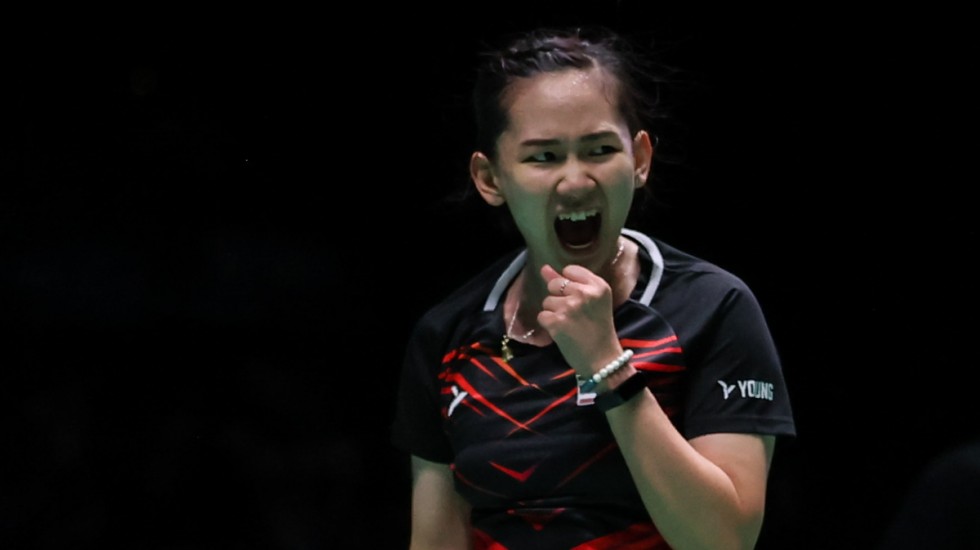 Pornpawee Chochuwong fought her way past He Bing Jiao.

All England: Chochuwong Battles Into Quarters

Pornpawee Chochuwong made her second straight Super 1000 quarterfinal with a gritty three-game win over He Bing Jiao at the YONEX All England Open 2020 on Thursday.

The Thai had to dig deep to stay ahead of the seventh seed in the second game, and although she had a handy lead in the third, her opponent made her earn every point. An exhausted Chochuwong finally walked away the winner in 72 minutes, 17-21 21-18 21-12.

Up next for the Thai will be second seed Tai Tzu Ying, who was mostly in her comfort zone while beating Gregoria Mariska Tunjung 22-20 21-16.

Lauren Smith too had a memorable day as she and Chloe Birch proved a handful for defending champions Chen Qing Chen and Jia Yi Fan. The Chinese held off the challenge to post a 21-16 22-20 victory.

“It was a really good day, it would’ve been even better if we had taken the second game,” said Smith. “But I feel I’m comfortable playing in the hall and enjoying being on court in front of the home crowd. We’ve been training very hard, we’ve put in the time, and worked with our coaches with a real goal and real clarity in what we’re doing. It’s paid off, it’s really satisfying.”

Rhustavito was ahead all through the third, but Gemke hung on and overturned deficits of 4-9 and 11-16 to catch up at 18. In the quarterfinals Gemke faces fellow-Dane Anders Antonsen, who needed three games to get past Huang Yu Xiang.