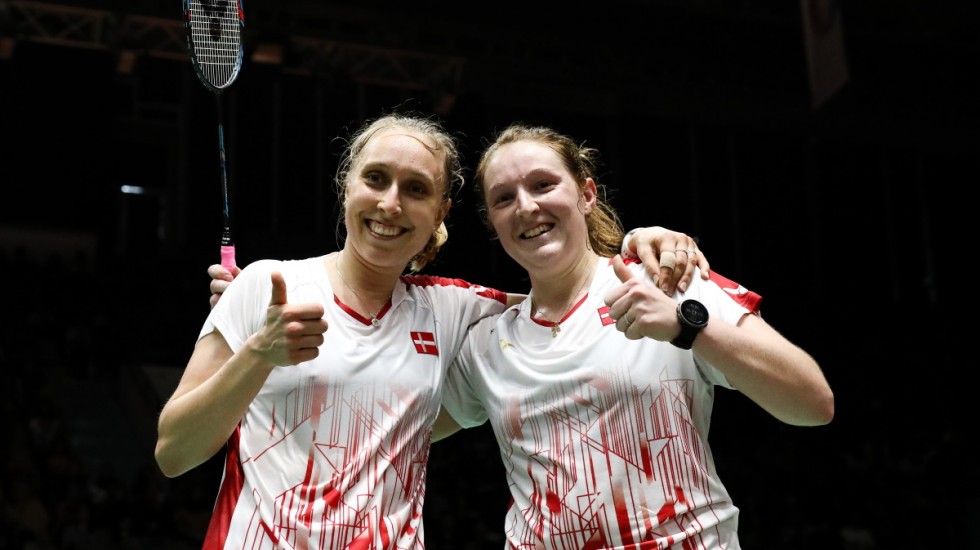 Sara Thygesen and Maiken Fruergaard’s dream run at the DAIHATSU Indonesia Masters 2020 will extend into the final day and their first top-tier final after they brought down a second top Japanese pair.

The Danes, who’d beaten second seeds Yuki Fukushima and Sayaka Hirota in the second round and Puttita Supajirakul/Sapsiree Taerattanachai in the quarterfinals, rose once again to the occasion today as they kept the Japanese on the backfoot with their aggressive game.

With the Danes hitting heavy shots from the back, the Japanese were forced into defence, but Fruergaard and Thygesen didn’t allow themselves to be drawn into extended rallies. Both were alert in creating opportunities at the front, darting forward to catch Matsutomo and Takahashi by surprise from time to time. It was this willingness to take calculated risks that swung the match their way, despite the Japanese saving three match points.

“It’s hard to find the words now, we’re so proud of ourselves. We kept it all the way through, it was quite tough and they made us work,” said Thygesen. “It was important that we try to attack and we succeeded. This win gives us a lot of confidence, we knew that we could play along with them if we did our best, so it’s nice that we’re standing with the win now. It’s so surreal.”

The Danes won’t expect to have the support of the crowd tomorrow as they face Greysia Polii and Apriyani Rahayu.

“It’s not that often that we’re in a final, and now we have one more tomorrow, but it doesn’t matter who’s on the other side. Hopefully we will have a couple of Danes cheering for us,” said Thygesen.

“We stepped up at the right moments at the end of both games, and that’s why we got the win,” explained Fruergaard. “We just kept telling ourselves at the end to keep it simple, just keep moving the legs, move into the shuttle and not stand still.”

It was a good day for Denmark, as defending champion Anders Antonsen followed his compatriots into the final. The Dane was too solid for Hong Kong Open champion Lee Cheuk Yiu, blitzing him 21-9 21-14.