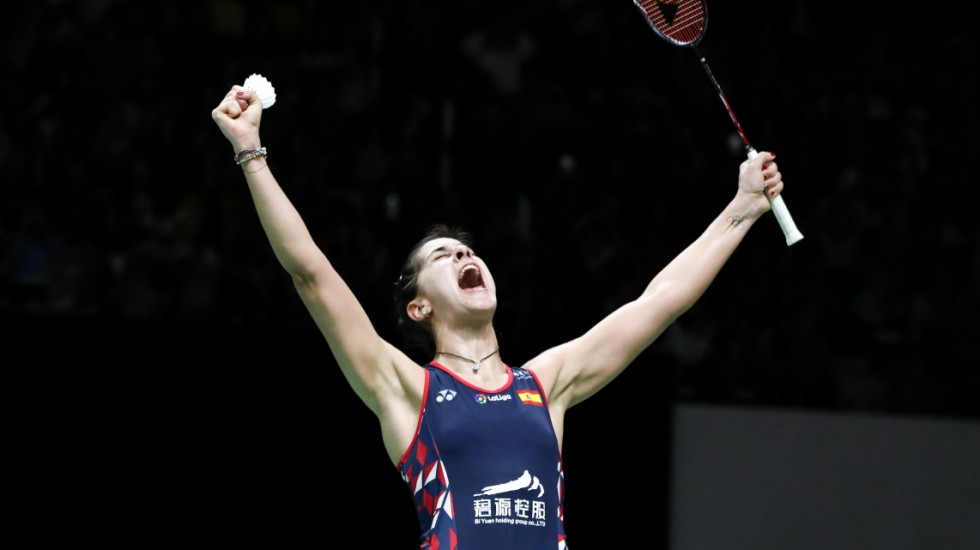 Carolina Marin moved to within one step of a triumphant return to the DAIHATSU Indonesia Masters 2020, outplaying He Bing Jiao to book her spot in a second successive final here.

The Spaniard, who suffered a serious injury at this event last year, kept her intense focus despite He Bing Jiao giving her plenty to think about in the second game. Marin however came up with the answers once again; her 21-11 22-20 victory giving her a place against Ratchanok Intanon.

“As I said from the first day, it’s really special, this tournament for me. To be in the final will motivate myself, that tomorrow I want to show everything is in the past, that I want to keep looking forward, and I want to win this title,” said Marin.

“Today it was much tougher than the other days. She played really good tactically and mentally. From the beginning of the match and during the second game, every time I got in front, she was focussed, she never gave up, and I just tried to keep calm and think about what I had to do. I was a bit nervous today, but I also think that the Indonesian fans supported me a lot, they gave me this spirit that you need at the end of the match.

Marin affirmed that it was her mental strength that had once again pulled her through.

“I feel every player knows that mentally I’m really strong. Sometimes when you focus on the score than what you have to do, it’s happening that you’re outside of your strength. I just listened to what my coach told me.

In the other semifinal, Ratchanok Intanon overcame some nervous moments to beat Chinese youngster Wang Zhi Yi and avenge last week’s loss at the Malaysia Masters.