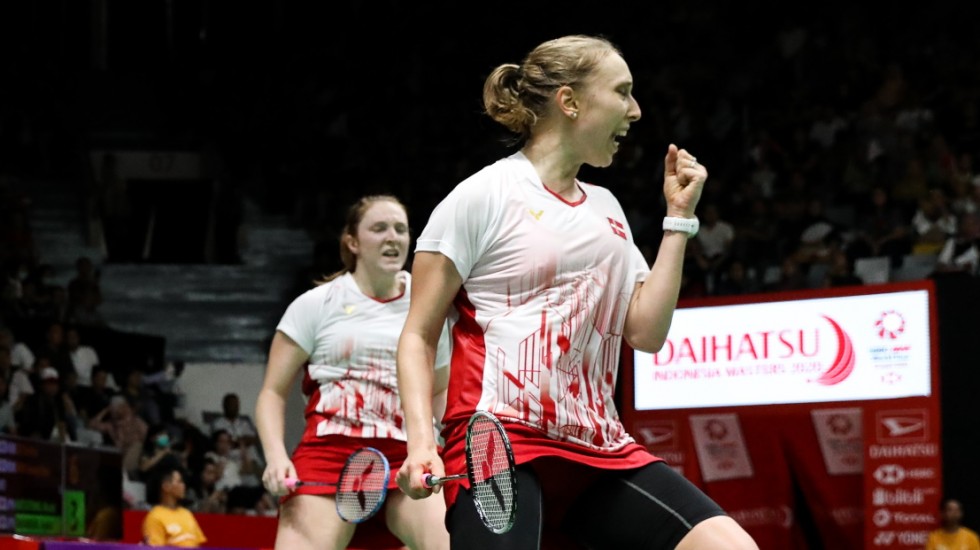 Sara Thygesen and Maiken Fruergaard are in their first Super 500 semifinals. 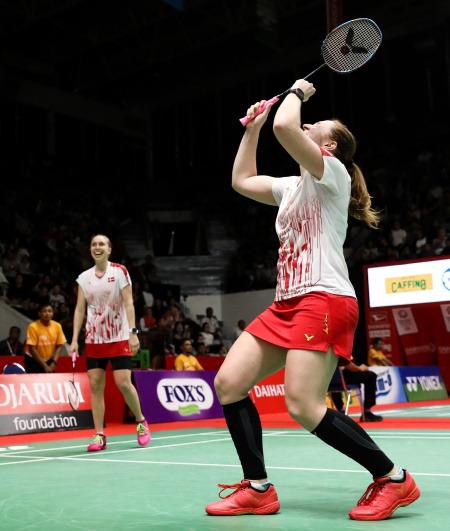 Europe had a good day at the DAIHATSU Indonesia Masters 2020, winning most of their matches, and two pairs achieving their first top-tier (Super 500 or above) semifinals.

After Thom Gicquel and Delphine Delrue’s upset of Praveen Jordan and Melati Daeva Oktavianti, Sara Thygesen and Maiken Fruergaard took down Puttita Supajirakul/Sapsiree Taerattanachai 21-15 22-20 to seal their place in the last-four, where they face fourth seeds Misaki Matsutomo/Ayaka Takahashi.

What made it even more memorable for Thygesen and Fruergaard was that they prevailed in a tense finish in the second game after Supajirakul and Taerattanachai had saved two match points. Just when it appeared that the Thais had the momentum, Supajirakul delivered a dreadful serve to Thygesen, who pounced on it.

“It means a lot, we’ve been in a few quarterfinals,” said Thygesen. “It’s been close but not close enough, so it’s a nice feeling that today we succeeded in our plan. We were more brave, earlier we were so scared of winning almost that we didn’t try things that we’d been doing, so we’d just play safe. But that doesn’t work here, we have to be brave, and try to make the move before the opponents.”

“I think it’s more mental, we always wanted it so bad. We were more calm today,” added Thygesen.

Up next for the Danes will be Olympic champions Matsutomo and Takahashi, who prevailed in a tough contest against Lee So Hee/Shin Seung Chan, 23-21 23-25 21-6.

Other Europeans to progress into the semifinals were Denmark’s Viktor Axelsen and defending champion Anders Antonsen. Axelsen held off Zhao Jun Peng, while Antonsen broke Indonesian hearts beating sixth seed Jonatan Christie. The two Danes are in opposite halves, and could potentially set up a final if they get the better of Anthony Ginting and Lee Cheuk Yiu respectively.

Chris Adcock and Gabrielle Adcock were also in the reckoning for a semifinals place, but the England pair slipped at the end of an intense battle against Wang Yi Lyu and Huang Dong Ping, 14-21 21-18 21-15.

Another first-time entrant to a top-tier semifinal was Chinese youngster Wang Zhi Yi, who, after a close first game against Sayaka Takahashi, demolished her opponent in the second, 21-19 21-11.

Wang is up against Ratchanok Intanon, while Carolina Marin faces He Bing Jiao in the top half.

It couldn’t have been a better day for Indonesia in men’s doubles, with their top three pairs making the semifinals. It will be up to Malaysia’s Aaron Chia/Soh Wooi Yik, who face Marcus Fernaldi Gideon/Kevin Sanjaya Sukamuljo in the top half, to prevent a home pair from winning the gold.