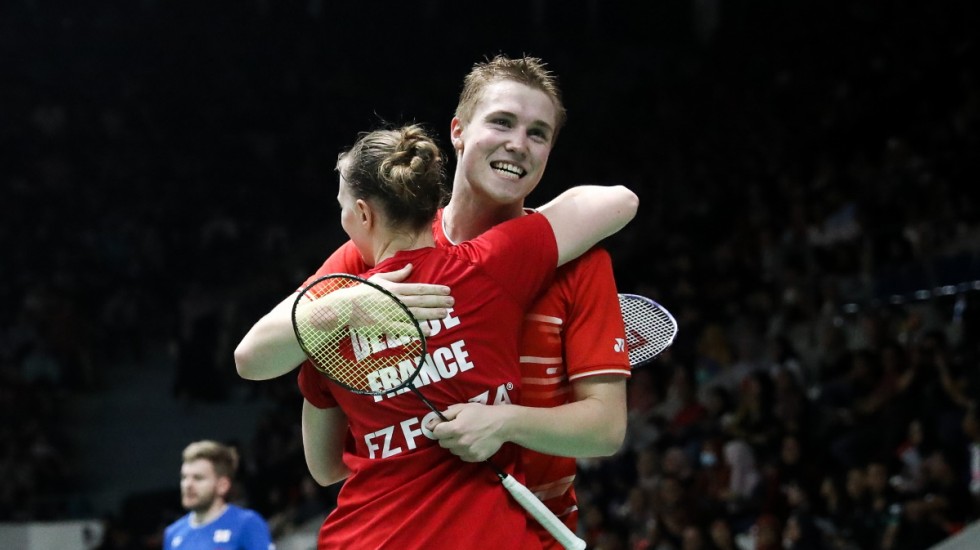 The world No.21 pair shot past the Thais 21-11 21-16 to earn a quarterfinal place against fifth seeds Praveen Jordan/Melati Daeva Oktavianti.

“It was a perfect match for us, to beat the world No.3 is our best result. We had to follow our tactics and it paid off. They like to play fast, we had to be prepared for that,” said Gicquel.

“In December we had three weeks of training in the national centre. That was good preparation, because there are a lot of Olympic qualification events coming up.”

Another big upset later in the day was that of women’s singles second seed Akane Yamaguchi at the hands of young Chinese Wang Zhi Yi, 17-21 21-11 26-24.

Rahayu, who usually patrols the back court in women’s doubles, was a rather surprise choice for partnering Ahmad, who thrived in the company of the creative Liliyana Natsir, but has struggled since her retirement last year.

“As we are a newly-formed pair, we couldn’t understand each other and what needed to be done, that was a bit unclear,” said Rahayu. “It’s certainly very different from women’s doubles in terms of patterns and positions. I play more at the back in women’s doubles, whereas in mixed doubles I have to play at the front.”

Eighth seed Shi Yu Qi, who has yet to find his best form since injuring himself at the Indonesia Open last year, put in a heroic effort despite struggling to move in the third game of an hour-long match against Ng Ka Long Angus.

The opening game was a titanic battle, with neither player able to secure a lead of more than a point from 15-all till 27-all, after which Angus edged past. Shi took the second game but the pace of the rallies appeared to wear him down, and he trailed 13-17 in the third. Shi however refused to buckle, and after several thrilling rallies, came through 27-29 21-10 21-18.