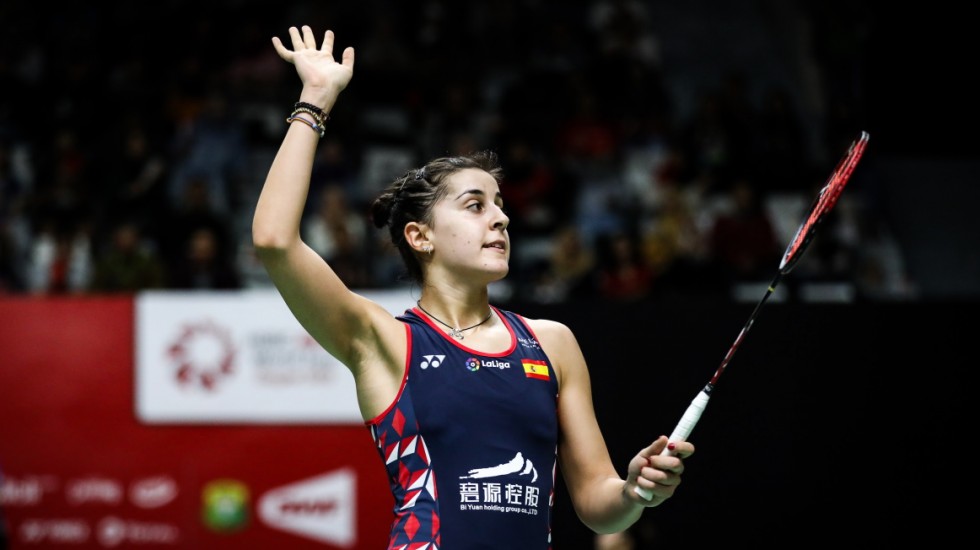 For just that fleeting moment before she was to go on court, it looked like the occasion would be too hard to bear for Carolina Marin. 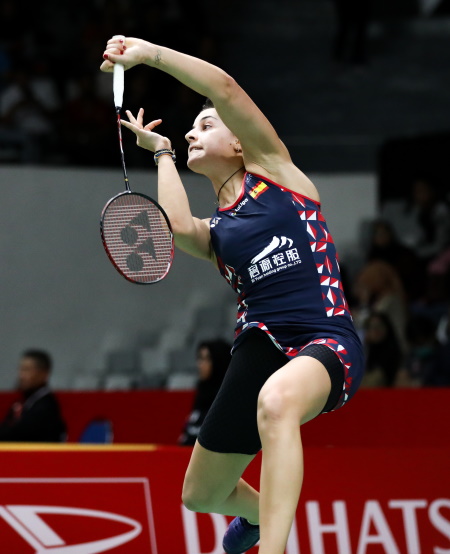 She’d peeped in through the curtains to watch the final stages of the court 1 match between Viktor Axelsen and Lin Dan, and suddenly a cloud seemed to pass over her face.

Just as quickly, however, she regained control; the game face was on, and so was the business-like approach. A few minutes later she walked out on to court, for her first round match against Nitchaon Jindapol at the DAIHATSU Indonesia Masters 2020, and was treated to a warm welcome from the crowd.

“Yes, it is emotional, especially for her,” stated her coach Fernando Rivas as she knocked on court with Jindapol before the match. “It was more emotional at the Vietnam Open, it was hard to handle. But I think she’s ready.”

It was a year ago, at this venue, that Marin collapsed in agony as her right knee gave way under her. Her worst fears were confirmed – it was a ruptured ACL, in most cases a career-threatening injury.

And yet, here she was, five months into an astonishing comeback that has seen her capture the Victor China Open and the Syed Modi International, besides making the final at the French Open, and semifinals in Denmark and Malaysia.

“You know, when I practised on Monday, I got the feeling that I’m here after one year, after what happened a year ago,” said Marin later. “Yeah, I mean… I’m just surprised with myself, because I wasn’t scared to be here again. One thing why I’m here is because I love to be here, I love Indonesia, they have so many fans here, they make me feel I’m at home. And they make me feel warm when I play on court. All my thoughts were about my strategy, on what I had to do against Nitchaon today.”

Everything about her demeanour on court – the lightning-fast movement; the razor-sharp strokes, even the signature yell – signalled that she was back in the zone she’d occupied before that injury. She hadn’t played Jindapol since last year’s Malaysia Masters; yet the self-belief was evident. She took just 35 minutes to wrap it up, 21-13 21-15.

Marin acknowledged the well of emotions that had bubbled inside her.

“I got some emotions inside myself when I stepped on court,” she admitted. “In the last part of the first game, I was a bit nervous and that’s why I made some easy mistakes. But otherwise I just came back and got the focus on my gameplan.”

There’s some unfinished business here. Last year she retired while leading in the final against Saina Nehwal. This time she wants to go all the way to the title.

“I want to win here. This is something I wanted from last year when I got my injury. It’s good for me to show myself that I’m back, it’s a really good performance, and I wanted to show that I’m ready for everything. Tomorrow I will face (Nozomi) Okuhara, so I will be at my best.”