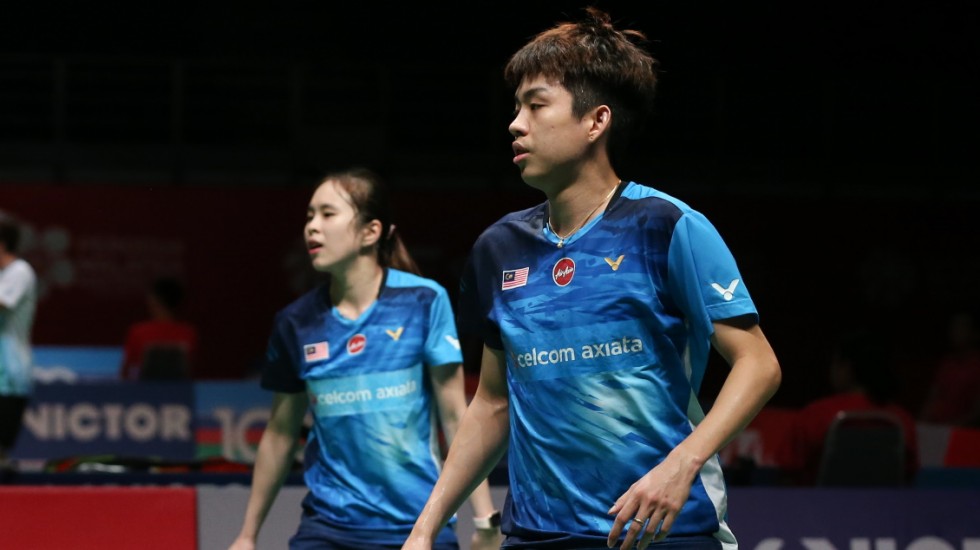 Praveen Jordan and Melati Daeva Oktavianti received a rude wake-up call to the new year as they were sent packing out of the PERODUA Malaysia Masters 2020 by young Malaysian pair Chong Wei Man and Pearly Tan.

There was more good news in store for the hosts as Lee Zii Jia outgunned Anders Antonsen for the first time in three matches.

The home star trailed early but got better as the match progressed. Antonsen looked off-key in the third game and was left to rue his inconsistent performance as he crashed out 14-21 21-15 21-8.

“I’m not sure what happened,” said Antonsen, appearing quite puzzled. “I think he suddenly started playing better in the second game. Maybe I didn’t have the rhythm as this is the first match of the year. I will have to analyse this and hopefully do better in Indonesia next week.”

Chong Wei Man and Pearly Tan, who are still at the start of their senior international career having played just seven tournaments as a pair – none of which was above the Super 100 level – were all over fifth seeds Jordan and Oktavianti. The world No.5 Indonesians, winners of the Denmark and French Opens last year, struggled to get into any rhythm and were shot out by the world No.89 pair in just 27 minutes, 21-18 21-13.

The local pair take on another Indonesian duo, Hafiz Faizal and Gloria Emanuelle Widjaja, in round 2.

“I’m still in shock, to be honest,” said Pearly Tan. “We were nervous before playing them, but as soon as we started, that feeling disappeared. I think our communication played a key role in our win. It also helped that they made simple mistakes at the net.”

“This is our first Super 500 event and to get a result like this is amazing,” added her partner.

Ng Ka Long Angus staged a creditable fightback to thwart young Japanese Koki Watanabe, who was up a game and 19-15. Angus caught up and saved match point in a close second game, leaving his opponent unable to mount much of a challenge in the third: 17-21 22-20 21-7.

It wasn’t a good day for India in men’s singles, with Kidambi’s compatriot Sai Praneeth falling tamely to Rasmus Gemke, while Parupalli Kashyap was more combative against top seed Kento Momota, going down 21-17 21-16.