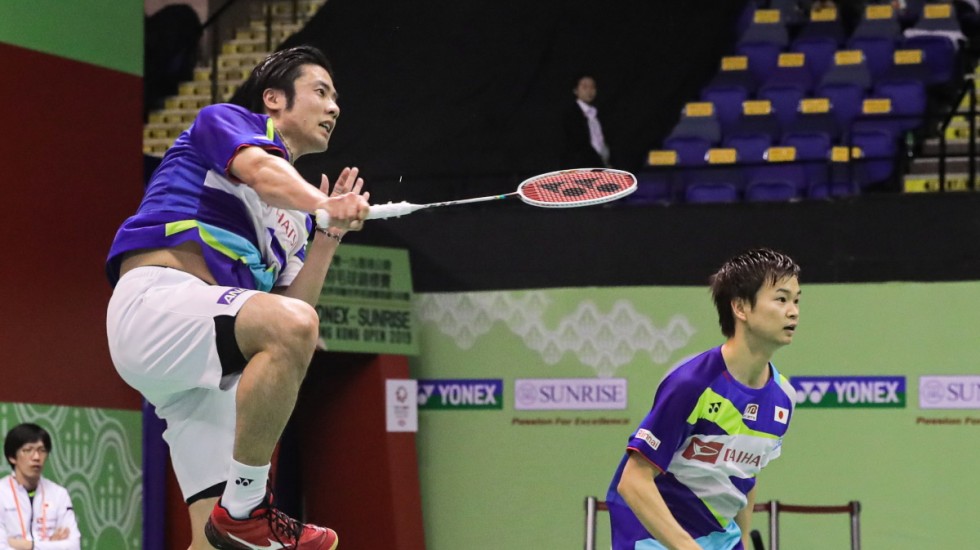 Hiroyuki Endo and Yuta Watanabe did a world of good to their chances for qualifying to the HSBC BWF World Tour Finals, overcoming a dire situation against Marcus Fernaldi Gideon and Kevin Sanjaya Sukamuljo to make the semifinals of the YONEX-SUNRISE Hong Kong Open 2019.

The Japanese, who are seventh in the HSBC Race to Guangzhou Rankings, were 10-16 and 15-19 down in the third game against the Minions but closed the gap, saving one match point before clinching victory at 16-21 21-14 22-20. With their third straight win over the Minions, the Japanese improved their head-to-head record to 3-2.

Kidambi Srikanth hasn’t had the best of fortunes in recent times, but today he made it through to the men’s singles semifinals in just 15 minutes as Chen Long retired after the first game. Chen cited a thigh injury after Kidambi won the opening game 21-15.

The Indian hadn’t crossed the second round of his last seven events; if he wins tomorrow, it will be his first final since the India Open in March.

“After the Singapore Open, I lost my game. I kept trying to change a few details, but when I changed, my game went up and then down right away. I couldn’t give up and wanted to enjoy my game. I had a good draw this time and I got my feeling back,” said Beiwen.