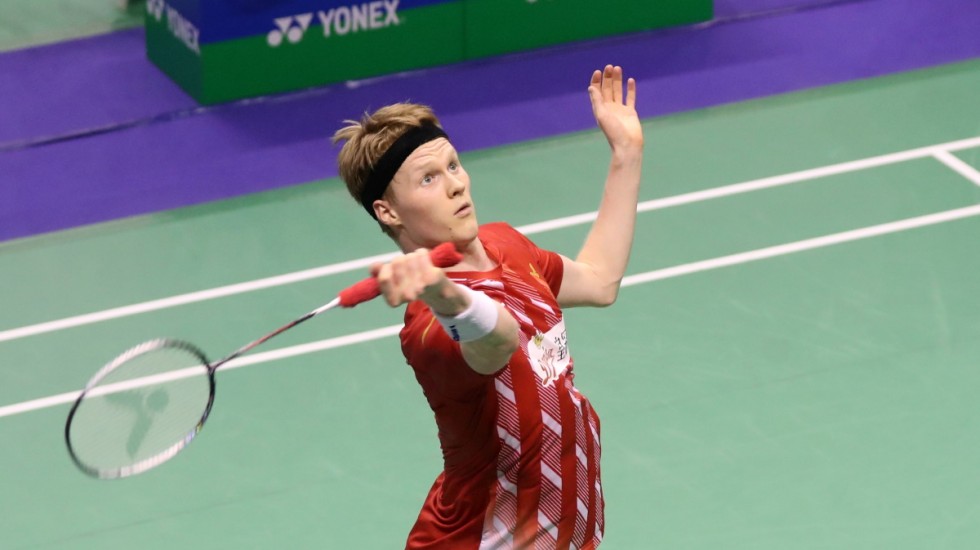 Anders Antonsen was efficient in his dismantling of Lin Dan yesterday.

Antonsen Had to ‘Put Respect Aside’ Against Childhood Icon

It was his first encounter against a player he’d grown up admiring – and Anders Antonsen didn’t want to be overwhelmed by the occasion.

The Dane stayed true to his pre-match goals, keeping things under control as he held off four-time champion Lin Dan to enter the quarterfinals of the YONEX-SUNRISE Hong Kong Open 2019 yesterday.

“First time playing Lin Dan is a big occasion and I’ve been looking forward to playing him the last two-three years and I was wondering if it was ever going to happen,” said Antonsen, after the 21-14 21-11 victory yesterday. “I’m happy that I got to try it, and to win it is even better. 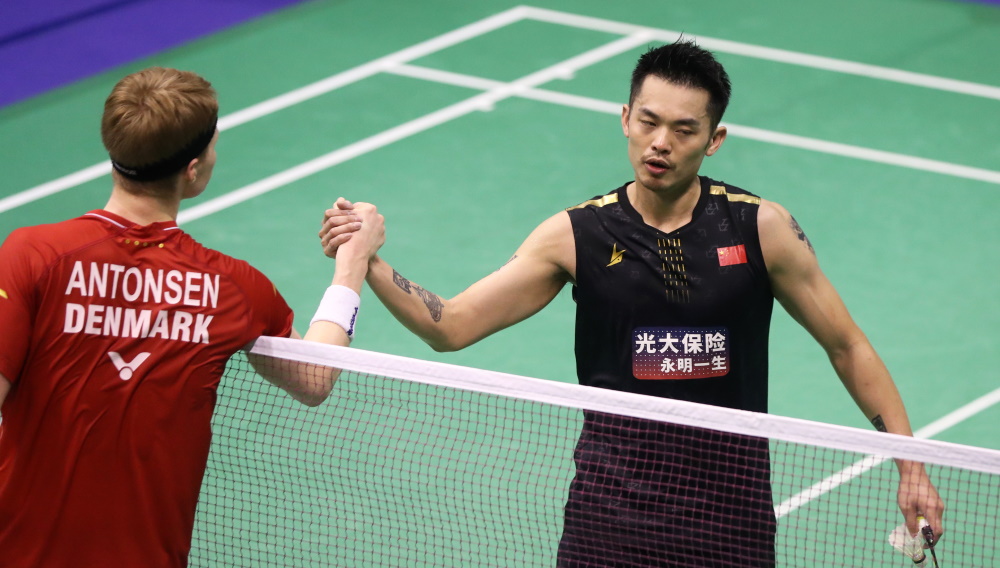 “I wasn’t humbled by the situation, I was pretty unimpressed and I was trying to just play my game and try to beat him, just put the respect away for a little bit.”

Lin’s game has changed in recent years, having shifted to a less explosive style and more dependent on clever placement. Antonsen appeared to have mixed feelings about the new version, but still had high praise for the former all-conquering superstar.

“Of course, when he was a little younger, he was super explosive, really fast and super in all aspects of the game, a really attacking player. But in his later years he has changed a bit, so it’s probably not the Lin Dan I grew up watching, because he was super aggressive and he’s not like that anymore. 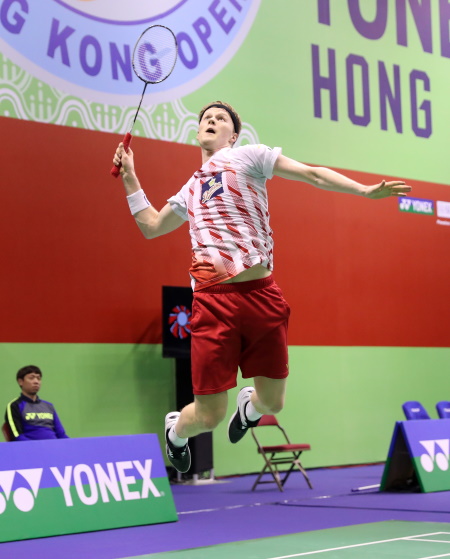 “He’s a smart player now and he’s trying to trap you all the time, I mean, you make the wrong decisions and he can punish that immediately. I played really tight today, not many mistakes, and I was sharp in almost everything I did.

“I was just trying to play my own game and not thinking that I was facing Lin Dan, just seeing him as another opponent. That was a good decision because sometimes when you play a big player like Lin Dan for the first time, you’ll be a little humbled by the situation. I didn’t want it to be like that.”

As for his own form, Antonsen couldn’t be more pleased. Since he won the Indonesia Masters in January, he’s consistently set a high standard.

“It’s been a really good season, especially the last half-year,” said Antonsen. “Everything has been going really fast and my development has been faster than I’ve expected. So I’m super happy with 2019, it’s been a super good year. Hopefully I can end it in a good way.

“I want to ensure I qualify for the World Tour Finals. That’s the first goal. The second goal is I want to finish in a good way in what has been a really tough year. We’ve been playing a lot and I’ve been playing well. I want to see how far I can go.”