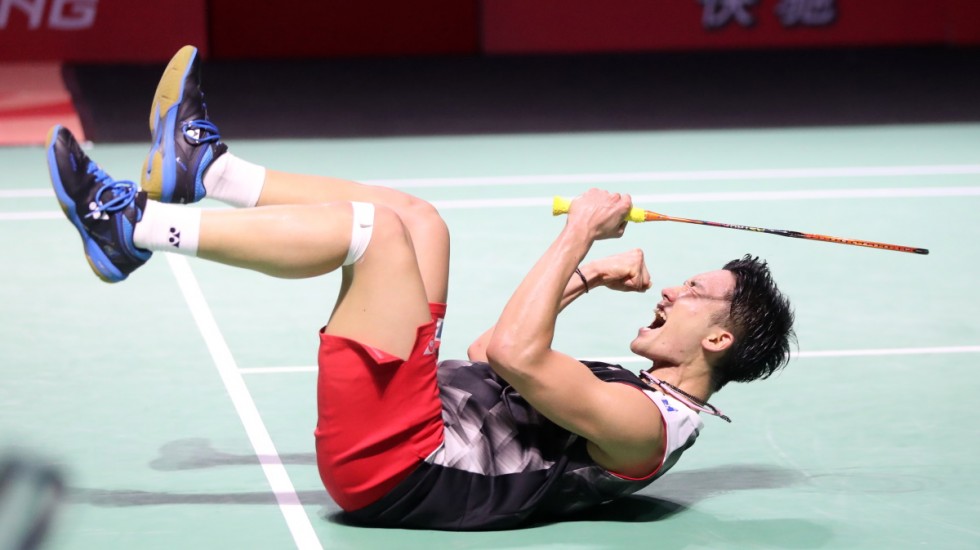 Kento Momota sealed an incredible tenth title of the season, as he defended his Fuzhou China Open crown beating Chou Tien Chen in the most exciting match of finals day.

Since he lost to Anders Antonsen in the Indonesia Masters final in January, Momota has been unbeaten in finals. It was the defeat in Jakarta, Momota said, that had inspired him to achieve a higher standard. 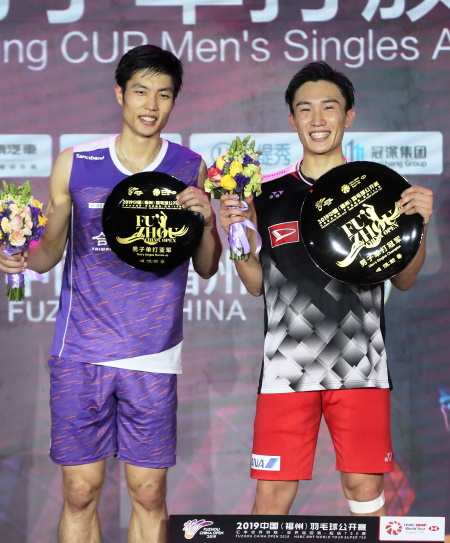 “I was in form in Indonesia, and I was very disappointed when I lost. I used that as motivation to work harder. I didn’t want to lose another final, so I’ve put in a lot of effort.

“Today was a close match. I played very well in the third game, particularly when the points were close. Chou never gives up and he fights back no matter how far behind he is.”

Chou pushed Momota all the way. His fierce smash was spot on, and it required all of Momota’s brilliance in defence to fend off his opponent’s attack. While the fort was breached often, Momota’s steadiness ensured it didn’t fall apart.

And when things got tight for the top seed at the end, he relied on his touch at the net, and his sense of opportunism, to gain the narrow openings to capitalise on. From 17-all, Momota played the last few points with the intense focus he’s renowned for, not giving Chou the little leeway that might have been expected of lesser players. Momota had been taken the distance, but as with most of his matches this year, he was the one emerging victorious. The title was his after 83 minutes, 21-15 17-21 21-18.

It was the net, Chou conceded, that Momota proved his mastery at.

“Some of the rallies were very good, but I think his net skills were sharper than mine. It was very difficult to gain an advantage,” said Chou. “I will have to improve.”

Highlights | @momota_kento 🇯🇵 racks up his eighth HSBC BWF World Tour title this year in a final that has it all against Chou Tien Chen 🏸#HSBCBWFbadminton #HSBCRacetoGuangzhou pic.twitter.com/mo6pgsK3Cc