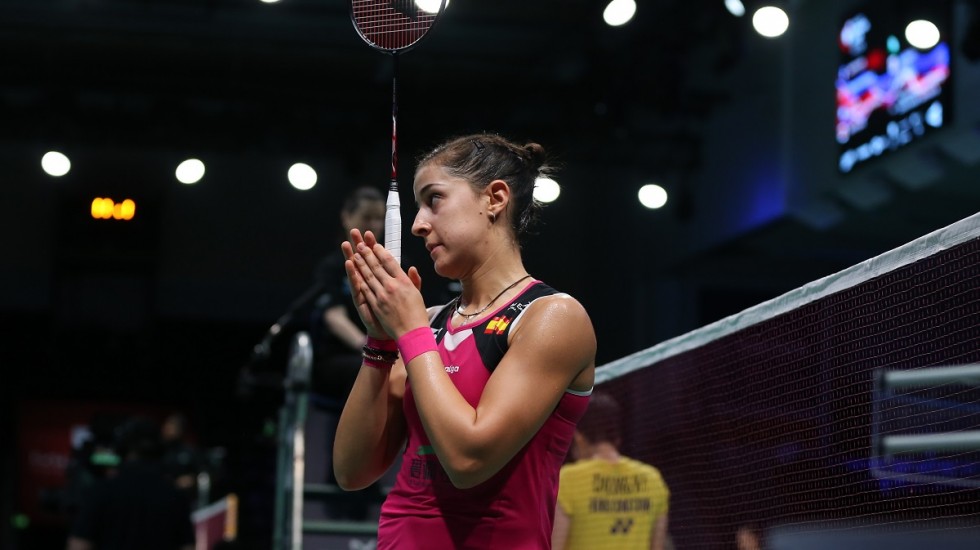 A relieved Carolina Marin is through to the next round.

It wasn’t pretty, but Spain’s Carolina Marin progressed to the quarterfinals of the DANISA Denmark Open 2019 with a tough 22-20 29-27 win over Cheung Ngan Yi of Hong Kong China in 59 minutes.

Marin only had one word to describe her performance: “shit”.

“I don’t know how to exactly describe my performance. Sometimes you just play shit.

“I was not only playing against an opponent but also against myself. I played really bad and had so many mistakes.

“But sometimes you get that feeling on the court and you just have to fight to win and I did that today,” she said.

The final stages of the match went on for an eternity as Cheung failed to capitalise on eight game points in the second. Marin traded unforced errors with sublime stroke play to extend the game well into deuce.

In the end, Marin’s doggedness not to relent became too much for Cheung. When quizzed on how she felt, the Olympic champion said: “Apart from the match today I feel great.

“I don’t have any problem with my knee. I feel confident with the knee and confident with how I am playing. Not today but yesterday and the China Open.

“I just want to keep on improving myself and sticking to the game plan.”

Kim and Kong, four-time title winners in 2019, battled hard in the third game to prevail 11-21 21-16 24-22. The decibels noticeably increased as Li, in particular, rode the emotion of every point. Her incessant loud shrieks reverberated around the arena.

Highlights | Tang Chun Man and Tse Ying Suet raise the curtain at the DANISA Denmark Open round of 16 with a convincing win 🏸#HSBCBWFbadminton #HSBCRaceToGuangzhou pic.twitter.com/MiSY0K48zx

“It’s great to be playing in Europe. I love to play here. I have played in the Danish League for the Odense Club before and I really appreciate the Danish fans. I hope I can win [on Sunday].” – Marin 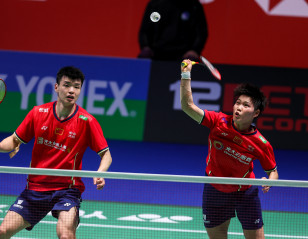