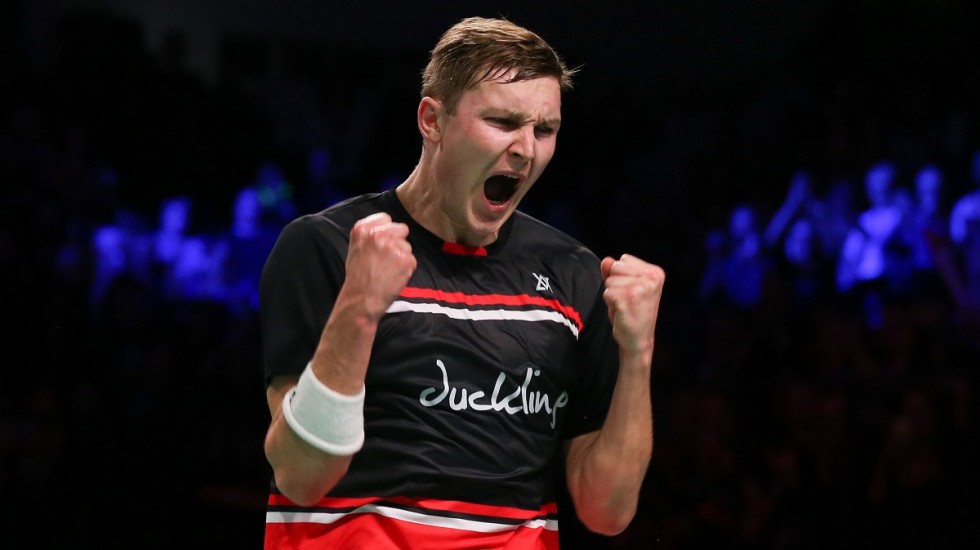 It was the type of game home town boy Viktor Axelsen needed.

A tight, tough, tactical affair with a tricky drift to combat. A chance to test his powers against a top 15 player and assess where he is along the comeback trail.

His 21-19 21-19 win over Japan’s Kenta Nishimoto on Wednesday at the DANISA Denmark Open 2019 didn’t necessarily scream “lock me in for a title” but it indicated to his most important critics, the Odense faithful, that he is not too far away from finding elite form.

Often, it is harder to return from a series of niggling aches than it is to come back from serious injury. Since playing his best badminton of the season to reach the All England final in March, Axelsen has battled a number of ailments each with its own vagaries.

The 25-year-old endured allergies that kept him out of the European Games in June, and then a back injury that ruled him out of the Indonesia Open and the Japan Open. That transformed into a disc protrusion in the lower back, which is a precursor to a slipped disc, ruling him out of the World Championships in Basel, too.

Today, though, he seemed to find some confidence in his play.

Nishimoto is not an easy opponent and the cat-and-mouse game that ensued meant Axelsen couldn’t find that perfect rhythm. With the drift an obvious factor, the Japanese world No.14 quickly turned defence into attack on numerous occasions to find out the big Dane.

But there was a hint of swagger to his step as he continued to find more of the answers to gain the ascendency at 16-12 in the second.

There was a small blip towards the end as he dropped four consecutive points to make it tense at 20-19, but to the delight of his adoring fans, he closed it out with a trademark smash, double fist pump and scream.

“It’s been a challenging year for me but now I’m just looking ahead. I’m just really happy that I managed to go one more step in this tournament. I think I played at a pretty high level at times so I’m quite pleased with that.

“I knew before the match that Kenta is a very tough opponent. We have had some difficult matches in the past and I’m sure we’ll have some more in the future.

“The drift was pretty tricky but I did do well to control it and I’m just really happy I managed to step up and win in two games,” he said.

Earlier, Anders Antonsen delighted the crowd with an easy 21-14 21-18 victory over former world No.1 Kidambi Srikanth.

However, it wasn’t the end to the night the Danes wanted with top women’s singles player Mia Blichfeldt withdrawing from her clash with Ratchanok Intanon just 40 minutes prior to walking on court.

Chinese Taipei’s Wang Tzu Wei and Malaysia’s Lee Zii Jia, both currently inside the Top 8 on the HSBC Race To Guangzhou standings, suffered first-round defeats to dent their chances of qualifying for the season-ending finals in Guangzhou.

Canada’s Michelle Li overpowered her namesake, Yvonne Li of Germany, 21-10 21-15 to tee up a second-round encounter against world No.1 Tai Tzu Ying. Tai was too good for Thailand’s Nitchaon Jindapol 21-15 21-9.