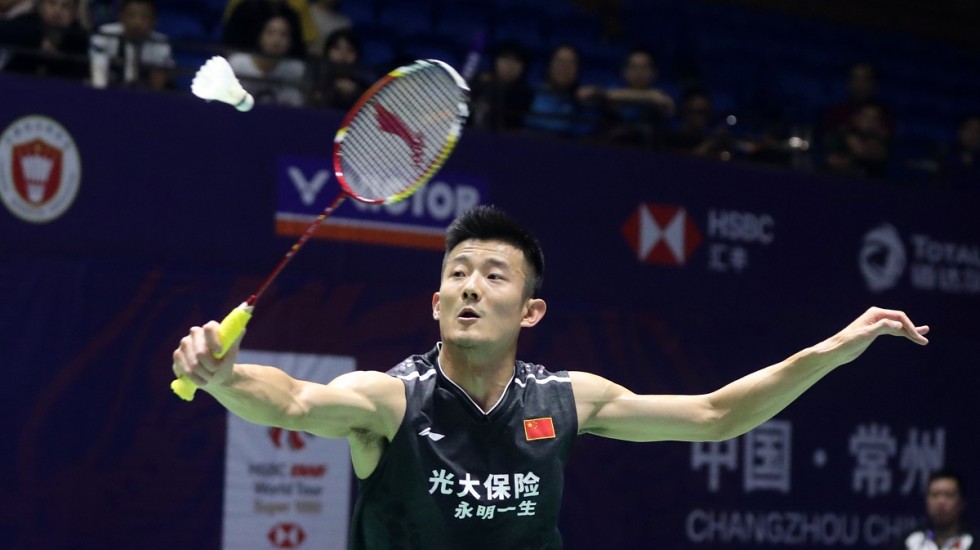 Can Chen Long make it China Open title No. 5 in Changzhou?

Familiar names to the Changzhou faithful advanced to the semifinals of the men’s singles at the VICTOR China Open 2019 on Friday.

He was joined by four-time winner and Olympic champion Chen Long, who progressed to only his fourth semifinal of 2019 with a 21-13 21-13 victory over Hong Kong’s Ng Ka Long Angus.

History is on the line for Olympic champion Chen as he looks to tie Lin Dan as the most winningest player at the China Open with five titles.

Today he proved too good for old rival Ng in convincing fashion. “We are old foes and have played many times. We last played at the World Championships. Every match is very tense and tough so I had to be fully prepared,” said Chen.

“I could sense that Ng really wanted this win. Competition is such that whoever prepares well and performs under pressure will win.”

It’s been a quiet year for Chen by his lofty standards as he adjusts to life as a father. But the 30-year-old said he is motivated more than ever this week to perform well in front of his family.

“There is an added responsibility. My performance lately has been average. I can’t say I don’t want to compete. Family and badminton are both important, but for now competition is my first priority,” he said.

The win sets up an exciting semifinal clash with world No.1 and newly-crowned world champion Kento Momota. Last year’s runner-up to Ginting was too good for compatriot Kanta Tsuneyama, 21-11 21-8.

Post-match Momota hinted he was feeling the pinch from a busy season in 2019. “I have yet to drop a game here and I’m in good form. But I must admit I’m a bit fatigued.

“I’m expecting a long and tough battle. I can’t tell now what I’ll do but I’ll definitely do my best,” he said.

Ginting, coming off an equally exhausting round of 16 clash against another Indian in Parupalli Kashyap late last night, was able to brush off any signs of fatigue to progress to his second straight semifinal in Changzhou.

The hard-fought victory atoned for his defeat to Sai Praneeth at the same stage of the tournament at the recent World Championships in Basel.

“Every match against Sai Praneeth is very tough. Either of us can win or lose when we face each other, so today was my lucky day.

“My habit is to train two times a day so I have no excuse for my recovery. I do feel a little bit tired as last night was a late finish. But I think I was able to manage it well and prepare and focus for today,” he said.

The Indonesian plays eighth seed Anders Antonsen in the final four after the Dane accounted for world No.2 Chou Tien Chen, 21-17 21-11 in their quarterfinal.

Should Antonsen claim his first Super 1000 title this week, the 22-year-old would rise to his highest career ranking of world number three.