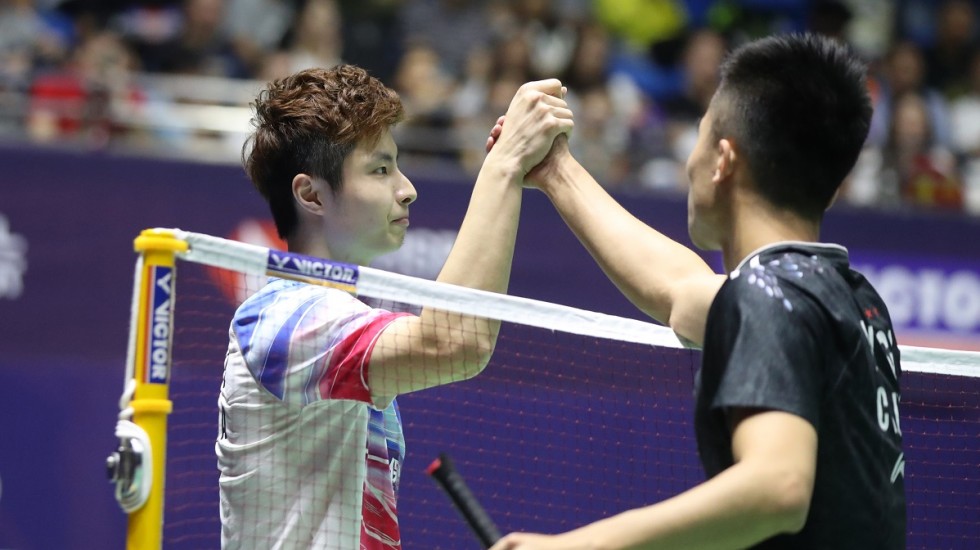 World No.3 Shi Yu Qi struggled with injury on his return in Changzhou.

Following his round one loss to countryman Lu Guang Zu at the VICTOR China Open 2019 in Changzhou yesterday, world No. 3 Shi Yu Qi has withdrawn from the men’s singles draw of the Korea Open 2019 due to start next Tuesday on 24 September.

Shi was playing his first competitive match since returning from ankle ligament surgery for an injury sustained at the BLIBLI Indonesia Open 2019 in July.

Lu defeated Shi 21-5 21-9 in 15 minutes as the reigning HSBC BWF World Tour Finals champion struggled with his movement throughout the encounter.

Fans in the stadium showed their concern at the performance of China’s top-ranked male player. Shi told media after his match: “I think the match was a bit ugly but nonetheless it’s a first step for me. I’m sure I’ll get better.

“There weren’t many rallies and the crowd was booing me.

“Right now I’m slowly getting back to being fully fit.

“I tore some ligaments [in my ankle] and had surgery to stitch it up. For sure there is a mental block and pain is inevitable.

“My immediate goal is to get back my feeling of playing competitions and the tempo.

“The upcoming tournaments are important so I’ll have to give my best,” he said.

Shi was due to play compatriot and two-time Olympic champion Lin Dan in round one in Korea.