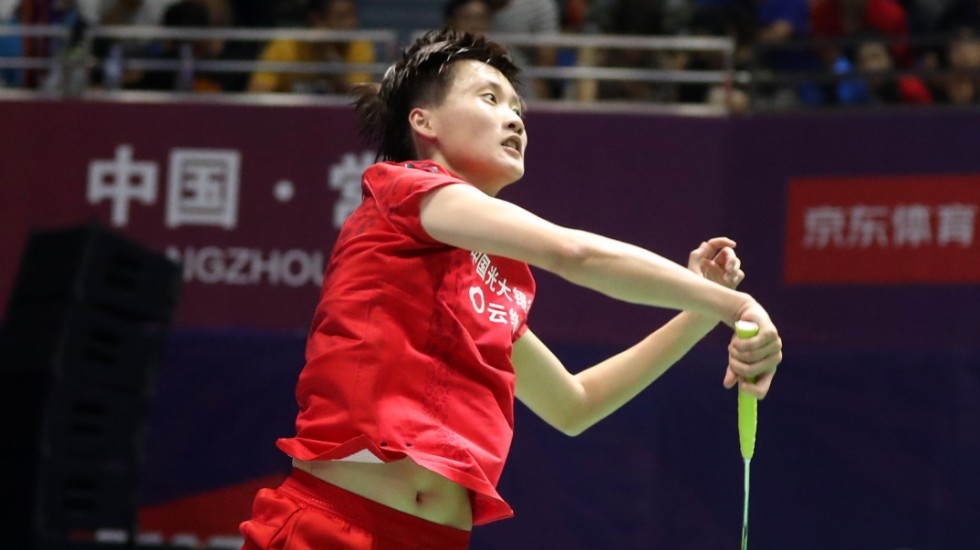 Chen Yu Fei was stretched in her second round match by An Se Young.

The battle between the 17-year-old Korean and the 21-year-old Chinese was expected to be hard-fought, and it turned out exactly that way, with An staging a gritty fightback from 8-15 down in the opening game. She saved two game points to win the first, and it was neck-and-neck until the second game interval, after which Chen gradually pulled away.

An Se Young continued to resist in the third, building a 10-6 lead, but Chen then found her momentum, winning the next 12 of 13 points to effectively put it beyond her younger opponent.

“I played reasonably well at the start of the match, but my form dipped in the closing stages of the match. I need to improve in this area,” said An, while her opponent said she had upped the pace in the third game.

“My overall performance was average. My speed at the start was a bit slow and I made more errors in the long rallies, particularly in the first game when I was leading. An defended well and that forced many errors from me,” said Chen, complimenting her opponent.

Australian women’s doubles duo Gronya Somerville and Setyana Mapasa enjoyed a great start against sixth seeds Lee So Hee/Shin Seung Chan, taking the opening game rather comfortably. They stood their ground until late in the second game, but the Koreans shot past them at the end with five straight points, and then it was one-way traffic for Lee and Shin as they closed it out: 15-21 21-16 21-10.

Another favoured pair, seventh seeds Du Yue and Li Yin Hui, also had trouble against relative lightweight opponents, Rachel Honderich and Kristen Tsai. The Canadians had two game points in the second, but the Chinese were steady at the end and sealed the match 21-15 23-21.

All three previous matches between Malaysia’s Goh Soon Huat/Shevon Lai Jemie and England’s Marcus Ellis/Lauren Smith have been close affairs. Their second round clash today was yet another thriller, with the Malaysians edging ahead 18-21 21-17 22-20.

Highlights | 🇲🇾 Goh and Lai pull out all the stops in the deciding game on the way to the quarterfinals 🏸#HSBCBWFbadminton #HSBCRaceToGuangzhou pic.twitter.com/lErQdyYqd3

The England duo saved the first match point with Ellis correctly anticipating Goh’s serve down the middle, but in turn, his opponent also guessed his flick serve and won a second match point. Lai then made no mistake with a tight serve helping them close out the match on the 71st minute.