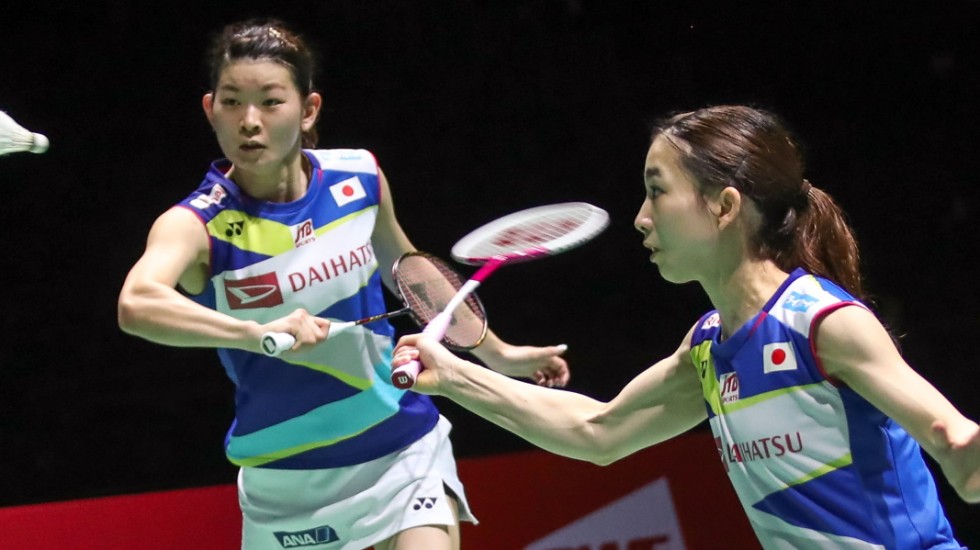 Misaki Matsutomo (right) and Ayaka Takahashi had to work hard in their opening match.

The women’s doubles second seeds felt the heat in the opening game from the attacking Chinese. After taking the first game, Li and Zheng continued in the same vein; Matsutomo and Takahashi took time to find their rhythm, but once they edged through in the second, the Japanese took hold of the reins of the match. Matsutomo was once again a dynamic presence at the front, and with Takahashi finding the sting in her smashes, the second seeds made it comfortably in the end: 16-21 21-18 21-8.

Women’s singles eighth seed Saina Nehwal was knocked out in the opening round by Thailand’s Busanan Ongbamrungphan, 21-10 21-17.

It was Nehwal’s fourth early-round loss in a row, after the Thailand Open, the World Championships and the New Zealand Open.

However, Nehwal’s compatriot and new world champion Pusarla V Sindhu came through her opening round test against home hope Li Xue Rui in flying colours. Pusarla had her hands full in the opening game, with Li moving her around and nailing some crisp winners. However, after the Indian got the lead at the interval in the opening game, she steadily pulled ahead, and powered on in the second to finish the match in just 34 minutes: 21-18 21-12.

“I think the match was a bit ugly but nonetheless it’s a first step for me, I’m sure I’ll get better. There wasn’t any rally and the crowd was booing me. Right now I’m slowly getting back to being fully fit. My immediate goal is to get back my feeling of playing competitions and the tempo. The upcoming tournaments are important so I’ll have to give my best.” – Shi Yu Qi, after losing in 15 minutes to Lu Guang Zu.