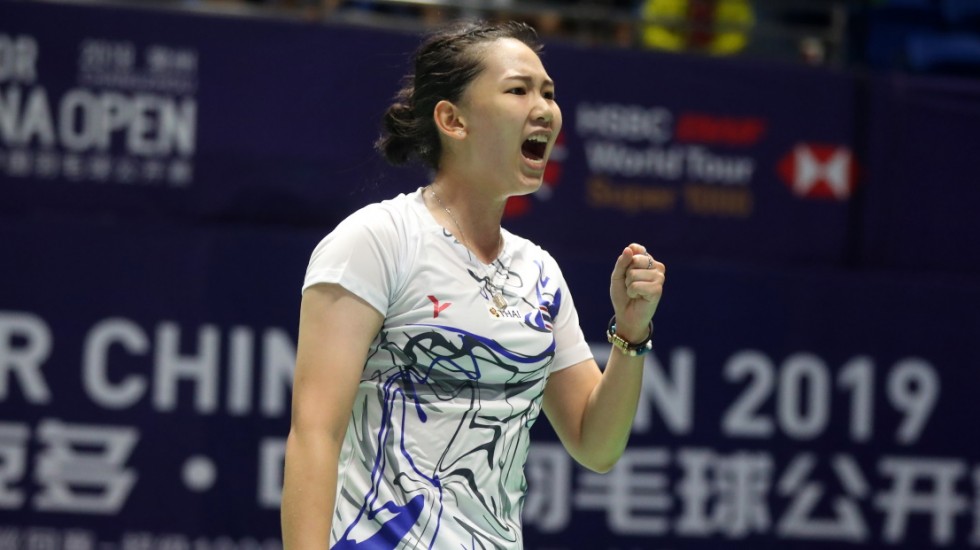 A hard-fought win for Pornpawee Chochuwong over Michelle Li.

Canada’s Michelle Li, runner-up at the recent Chinese Taipei Open, fell in a cracker of a match to Pornpawee Chochuwong in the first round of the VICTOR China Open 2019 today.

It was Li’s earliest defeat since the All England, where she fell in the opening round.

The Thai takes on world champion Pusarla V Sindhu, who eased past Li Xue Rui in an earlier match.

In the same quarter of the draw, Korean teen An Se Young ensured a face-off with third seed Chen Yu Fei as she stormed past Germany’s Yvonne Li, 21-4 21-18. Chen had an equally facile win over Hong Kong’s Joy Deng Xuan, 21-18 21-9.

Among the significant results on the day was the defeat of fast-rising Thai youngster Kantaphon Wangcharoen at the hands of home hope Huang Yu Xiang, who fought his way back from dire straits. Wangcharoen, bronze medallist at the World Championships, had the match in his hands at 17-9 but then incredibly lost the next 12 points to fall 21-15 16-21 21-17.

Defending champion Anthony Ginting was kept on court for 72 minutes by Kenta Nishimoto, eventually making his way to the second round: 21-14 19-21 21-13.