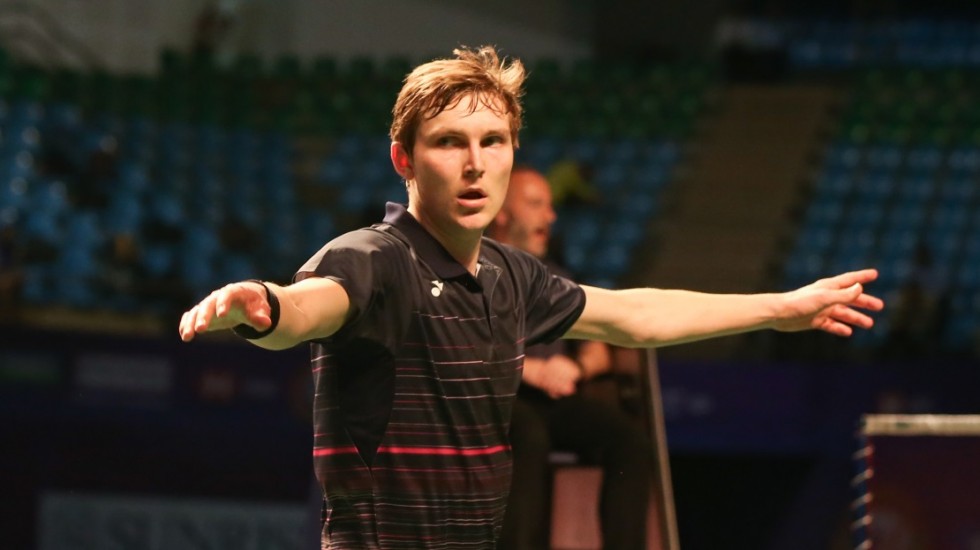 The last Super 1000 event of the HSBC BWF World Tour season – the VICTOR China Open 2019 – will unfold in Changzhou this week. Here are the headliners and the match-ups to look forward to:

Return of Axelsen and Marin

Two of the biggest names have been missing from the action over the last few months due to injuries. While Viktor Axelsen was nursing a back problem, Carolina Marin was recovering from an ACL injury sustained at the Indonesia Masters in January.

There will be feverish anticipation around the return of Axelsen in China, for with his Mandarin-speaking skills, he is almost a home favourite. The sixth seed is in the top quarter and begins his campaign against Kanta Tsuneyama. A second round against compatriot Jan O Jorgensen or Sittikom Thammasin, and a quarterfinal against world champion Kento Momota, are on the cards.

Carolina Marin has followed in Axelsen’s footsteps by attempting to learn Mandarin and is also quite popular in China, but more importantly for her, it will be an opportunity to test herself against the very best. The Spaniard made her comeback at the Vietnam Open where she fell in two close games to Thai youngster Supanida Katethong in the opening round. A difficult opening match in China looms ahead, for she faces World Championships runner-up Nozomi Okuhara in the second quarter. If she passes that test, it will be Gregoria Mariska Tunjung or Beiwen Zhang in the second round.

However, another big name who was slated to return to action at the China Open – home boy Shi Yu Qi – is likely to delay his comeback. Shi, who injured his left ankle at the Indonesia Open, announced on his Instagram account that his doctor hasn’t given him the all-clear yet.

Pusarla V Sindhu begins her reign as world champion with a face-off against familiar rival and former Olympic champion Li Xue Rui. The two go back a long way, with one of Pusarla’s famous early wins being an upset of the then-newly crowned Olympic champion at the China Masters in 2012; their most recent encounter was at the Indonesia Masters in January, with the Indian edging through 21-17 in the third.

In the same third quarter are Michelle Li, Pornpawee Chochuwong, Chen Yu Fei, Mia Blichfeldt and An Se Young, who will make her debut at her biggest event. Korean prodigy An will take on the in-form Blichfeldt in the opening round.

Badminton aficionados will relish the first-round clash between five-time world champion Lin Dan and two-time winner Kento Momota. The battle between the two left-handers will likely deliver a rich fare, but Momota is the favourite thanks to his younger legs, while Lin, given his experience and home support, will hope to surprise the man of the moment. The record favours Momota – for he beat Lin in their last three matches.

Takuro Hoki and Yugo Kobayashi have enjoyed a stellar season, with the Japanese coming out of the shadows of their more favoured compatriots Takeshi Kamura and Keigo Sonoda and making the final of the World Championships. They will get to test their skills against Marcus Fernaldi Gideon and Kevin Sanjaya Sukamuljo in the opening round in Changzhou. The ‘Minions’ will still be smarting from their unexpected early departure from the World Championships and keen to make a statement.

In the same top quarter, the new Danish pairing of Mathias Boe and Mads Conrad-Petersen will take on local duo Han Cheng Kai/Zhou Hao Dong. Boe’s long partnership with Carsten Mogensen came to a halt at the All England this year, following which he joined forces with Mads Conrad-Petersen. After strong performances at lower-tier tournaments – they won the Spanish International, the Canada Open and the Russian Open – they will be seen in their first Super 1000 event together.

A crackling start to the mixed doubles competition is likely with Tang Chun Man/Tse Ying Suet taking on Yuta Watanabe/Arisa Higashino. Hong Kong pair Tang/Tse achieved their biggest success this year by winning the Chinese Taipei Open recently, while Watanabe/Higashino are seeking their first title since winning the Malaysia Masters in January. Tang/Tse will be looking to avenge their last loss to the Japanese – a 21-14 21-9 whitewash in Thailand in August.

Japan Against the Rest

Japan consolidated their position in women’s doubles with their success at the World Championships; the narrative is unlikely to be different in Changzhou with most of the strong Japanese in attendance led by world champions Mayu Matsumoto/Wakana Nagahara. Among those who are capable of disrupting that narrative are Korea’s Kim So Yeong/Kong Hee Yeong, winners of the Japan Open, who might run into Matsumoto/Nagahara in the quarterfinals.

Two of Europe’s top pairs will meet in the opening round of mixed doubles – Chris Adcock/Gabrielle Adcock face England compatriots Marcus Ellis/Lauren Smith. Dutch duo Robin Tabeling/Selena Piek, who have had a great season so far, will do battle against home pair Lu Kai/Chen Lu, while Mark Lamsfuss/Isabel Herttrich are up against Pranaav Jerry Chopra/Sikki Reddy. There is also an all-European clash at the top of the draw, with Germany’s Marvin Seidel/Linda Efler facing France’s Thom Gicquel/Delphine Delrue.

Meanwhile, the nearly unstoppable two-time world champions Zheng Si Wei/Huang Ya Qiong embark on their quest for a sixth title this year with an opening-round clash against Takuro Hoki/Wakana Nagahara.