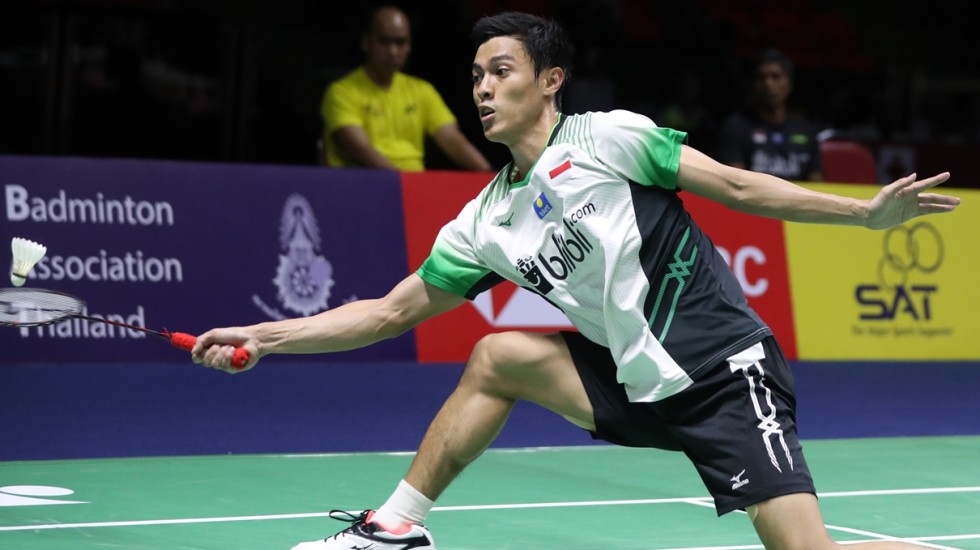 Rhustavito is confident of going far.

There was a time when a win over Lin Dan would have earned the victor the title of “giant killer”. Today, Lin Dan is ranked 14th in the world, yet, the younger players regard him as the one to beat. 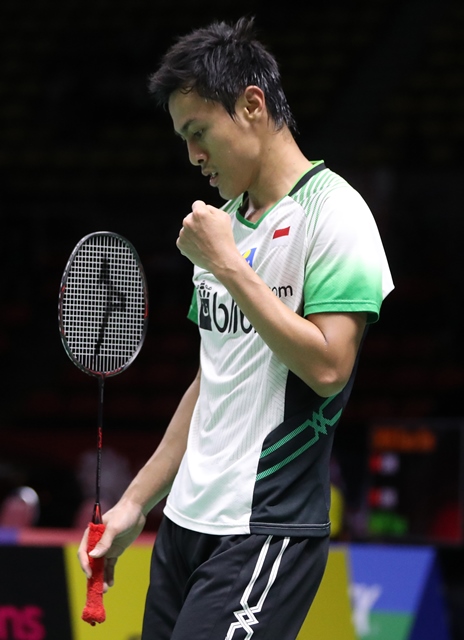 “Lin Dan is my idol,” said Shesar Hiren Rhustavito of Indonesia after he defeated the Chinese two-time Olympic gold medallist and five-time world champion 12-21 21- 15 21-10 in the men’s singles of the TOYOTA Thailand Open 2019.

“Growing up I would watch his matches and try to pick up pointers on how to improve my own playing style. I also admire Taufik Hidayat but he tended to play an offensive game while I think my style is more like Lin Dan,” said Rhustavito.

Rhustavito, ranked No. 34 in the world, admitted that he was nervous going into the match because Lin Dan was one of the best players in his time. “I lost that nervous feeling halfway through the match when I realised I could win.”

Not happy with how he started the first game, Rhustavito owned up to losing points due to his own mistake and inability to have control over the court space. “In the second, I changed my game to play like him and found it comfortable. Then in the third, I wanted to take charge, take the lead and not let him get ahead. It felt like he was looking for opportunities to win points but it didn’t work for him.”

Playing and winning in some of the Super 100 events has given Rhustavito the feeling that he can definitely keep aiming higher. “I am confident now coming into the bigger events like this Super 500,” said the 25-year-old from Sukoharjo, Central Java.