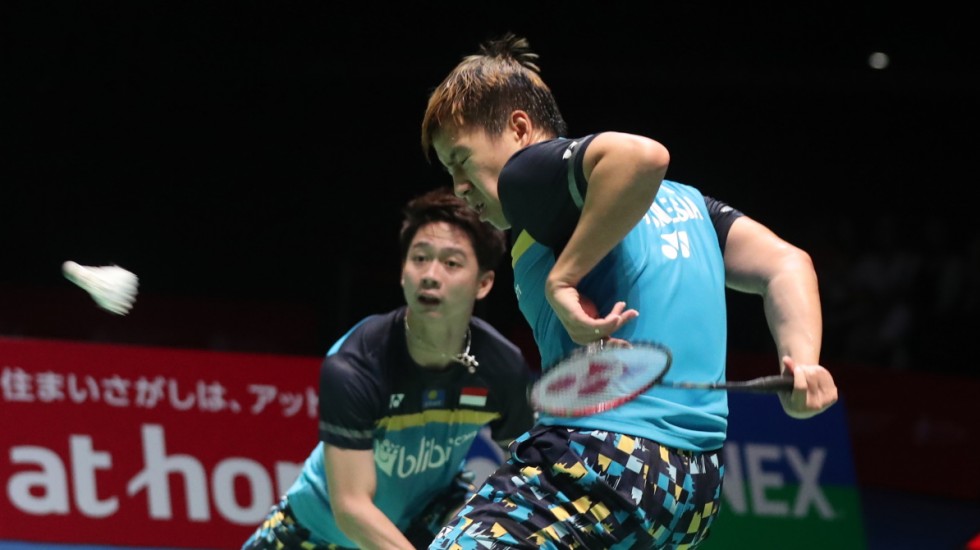 The Minions have worked up a good spell of results in time for the Worlds.

Indonesia got everything right in today’s semifinals of the DAIHATSU YONEX Japan Open 2019, assuring themselves of the men’s doubles crown, besides earning a shot at two more titles.

The ‘Twin Towers’, Li and Liu, put up a far better show against Gideon and Sukamuljo than they had last week in Indonesia, when they were blown away 21-9 21-13. Today they were in the match until the end, with the Minions only pulling away after 18-all in the third, and winning the match after Li Jun Hui fluffed a flick serve from Sukamuljo.

“If you look at Wang and Huang’s matches this tournament, they’ve won in straight games and they have led by a big distance. We’ve lost to them twice in finals, of course we don’t want to lose a third time. We have to watch out in the rallies, we have to hold on and be consistent.” – Praveen Jordan, on tomorrow’s mixed doubles final.