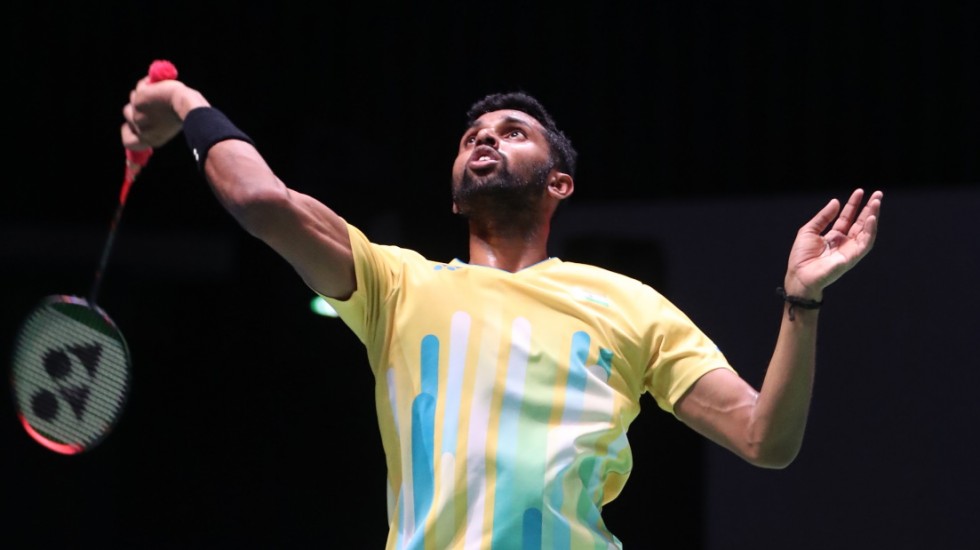 Prannoy Upbeat On Road to Recovery

From contemplating a six-month break this year, to playing his fourth tournament in four weeks on two continents, it has been an encouraging physical turnaround for HS Prannoy.

The Indian was battling gastroesophagal reflux disease – also known as acid reflux – which had wrecked the latter part of his season last year. He reported being hungry all day, and during training he felt nauseous and unable to breathe. The problem took months to sort out, but with the help of a specialist in the US, whom he consulted online, he made drastic changes to his diet and medication. It has taken time, but Prannoy says his body is in much better condition than he anticipated.

“At the beginning of the year I didn’t think I could play so soon, I was thinking of taking six months off and coming back later on,” said Prannoy, following a tough win over compatriot Kidambi Srikanth in the first round of the BLIBLI Indonesia Open 2019 yesterday. “That was the mindset. Compared to that, I’m happy with the way my body has responded. Thanks to the people who have helped me. This is my fourth tournament in a row and I’m able to push through.”

The Indian was diagnosed with the disease after the World Championships last August. He has had an uneven season this year, making quarterfinals in India, New Zealand and USA, but also suffering a few early exits.

But given that he has been on the road since early July – he played the Canada Open, the US Open and the Indonesia Open on successive weeks; is now in Japan, and will play the Thailand Open next week – his condition has given him optimism that he is on the way back to full recovery.

Yesterday’s win over Kidambi was an important one, for he had to fight off a mid-game deficit in the decider. Kidambi then saved two match points before Prannoy clinched the win.

The result was a welcome change from last week, when Prannoy let slip a third-game lead against Shi Yu Qi in the opening round of the Indonesia Open. Against Kidambi, his last three losses have been in three games.

“I needed something like this, playing so many close matches but not finishing them. I thought I missed the chance when I smashed into the net, but I was composed after that. I’m happy with my body language,” said a thoughtful Prannoy.

“At this juncture, each and every win counts, because my ranking has been dropping. (I had) A lot of doubts with confidence. There have been some matches I’ve played exceptionally well, some days – today also I started badly – but a couple of changes in the game, I thought I was brave enough, that made it tougher for him. I know he hasn’t been in the best shape, but he’s the sort of guy who can control the shuttle really well.”

How tricky was it to play a teammate?

“Playing your teammate doesn’t give you extra motivation. You play 300 days in a year. When it comes to a big competition, it’s really tough, you know each other’s game, and who executes it on the day wins. It’s cruel, but that’s how it is.”

The Indian, ranked No.34 having slipped from a high of No.8 last year, is hoping he can make it all come together for him soon. Today’s loss to Rasmus Gemke – he fell in straight games – indicates there’s still work to be done before he starts stitching together winning performances.

“Unless I win something big, things are going to be the same,” he’d said after his first round win. “Over the last couple of years, I had opportunities that I didn’t capitalise on. I think I need to think about the positives… My body has changed, and I can feel it. It’s important that I keep working on it. I cannot stop even if I don’t achieve my targets. I have to make sure it’s a part of my life. This year everyone is thinking of the Olympic race, but for me it’s important to focus on these things, and probably next year something big might happen. I think I need to give my body some more time to adjust. The game has been going pretty well. My game needs some changes and I’m working on them. Probably things will come together.”