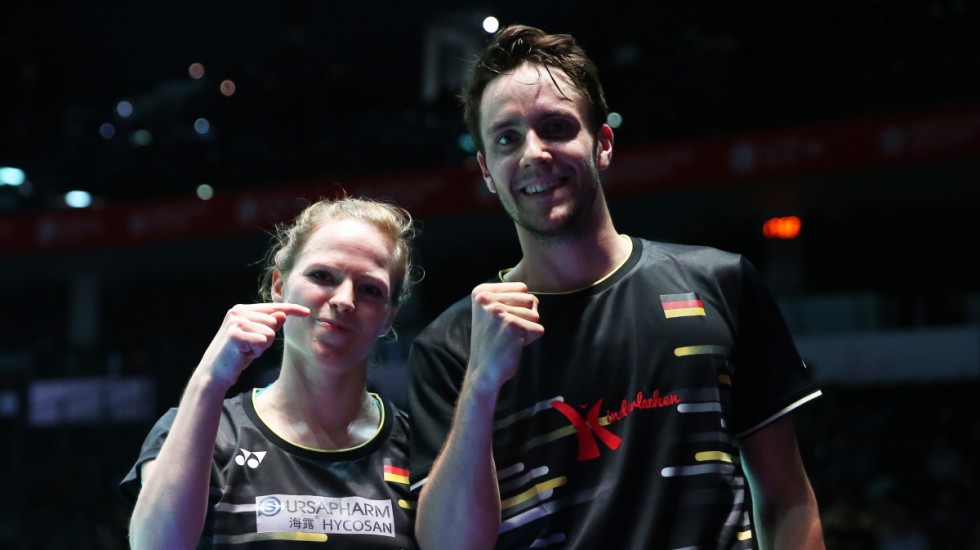 The match looked evenly placed early in the third, but the Chinese’s level dipped after 8-all. Kim So Yeong had a fabulous game from the deep; her variations of pace and angle caught Chen and Jia off-guard from time to time, helping the Koreans take eight points in a row and give them an adequate cushion to take the match.

But for the very end of the contest, during which the Germans pulled away, the match was on a knife edge. The Germans saved three game points in the first, but were themselves denied in the second, a game in which they had seven match points, only for Tabeling and Piek to equalise every time before taking the match to a decider. It was even at 13-all before Tabeling and Piek’s intensity dipped ever so slightly for Lamsfuss and Herttrich to take advantage, making their first Super 750 quarterfinals with a 26-24 27-29 21-16 result.

Next up for the Germans will be second seeds Wang Yi Lyu and Huang Dong Ping of China.

There were several other close contests on the day. Indonesia Open champion Chou Tien Chen lost an unusual battle with Jan O Jorgensen. The Taiwanese led 12-3 in the opening game, only to fall into a listless spell, enabling Jorgensen to storm right back.

But Chou, to his credit, did not melt away; he continued to chase every shuttle and the momentum turned. Things were tight until the end, with Jorgensen finally taking the match 21-19 11-21 21-19.

“We’re glad that we could keep our calm at the end of the match. The problem with playing a non-regular pair (Huang/Liu) is that if we need to prepare for the match, we can’t as they’re not an established pair and we don’t know what to expect. In the first game we couldn’t figure out what was going on. By second game we got an 8-0 lead, and that helped us take the game,” – Chirag Shetty.