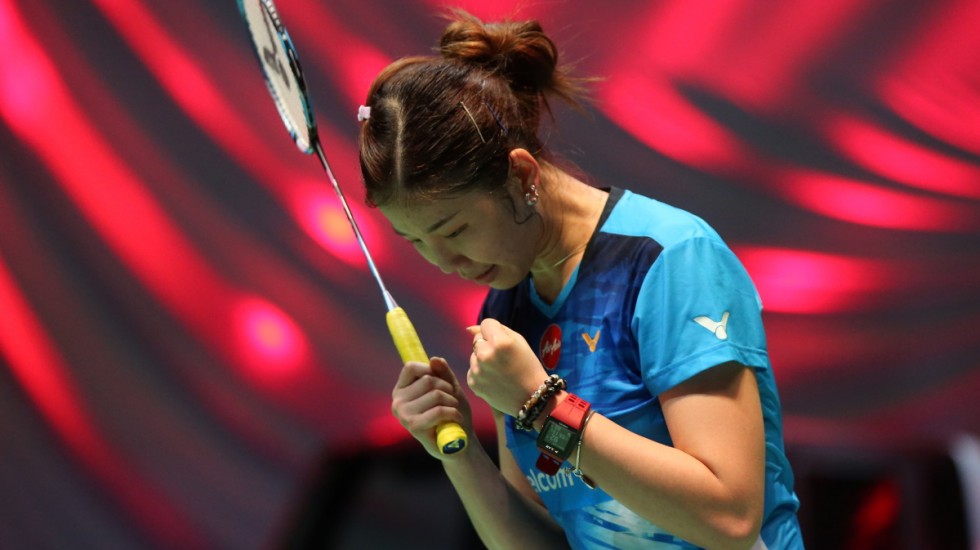 Former champion Li Xue Rui was outplayed in a three-game battle in the opening round of the DAIHATSU YONEX Japan Open 2019 today by Malaysia’s Soniia Cheah.

The Malaysian looked set to close out the match in straight games, holding leads of 13-7 and 15-10 in the second before the 2014 champion surged back, forcing a decider.

Li continued with the momentum and was 8-2 ahead before Cheah enjoyed a strong spell of her own, winning 14 out of 16 points to effectively turn the match in her favour. The 21-18 19-21 21-17 result gives her a second round against another Chinese, Chen Yu Fei, who shot past Indonesia’s Fitriani Fitriani 21-5 21-19.

Jorgensen, whose last tournament was the Denmark Challenge in May, recovered from 6-12 to hold three match points at 20-17, only to see a stubborn Lin save all three. He saved a fourth but Jorgensen refused to ease the pressure and claimed the match on the 69th minute.

After four straight losses to his compatriot, HS Prannoy finally turned the tide against Kidambi Srikanth in three games. Prannoy pulled level from 14-17 in the decider, and despite losing two match points, converted his third: 13-21 21-11 22-20.