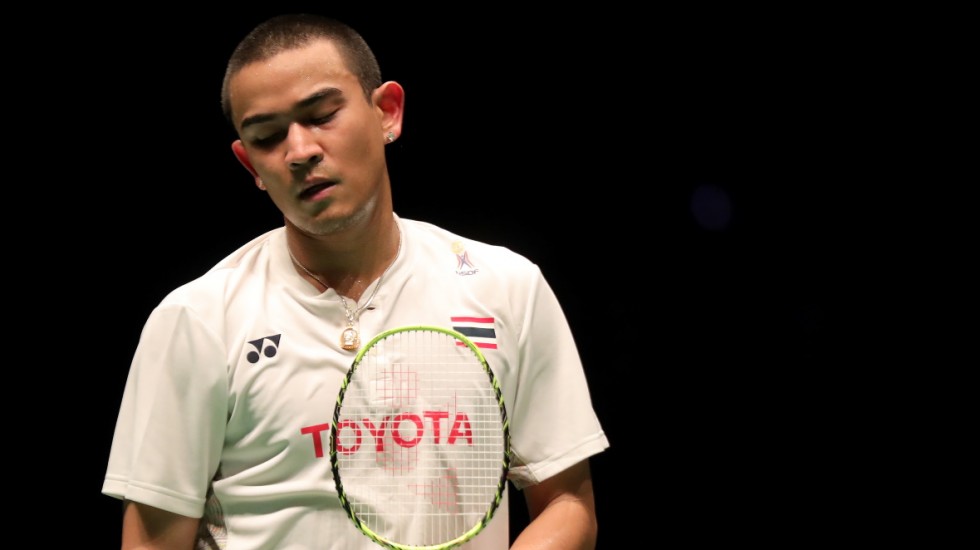 Khosit Phetpradab, runner-up at last year's Japan Open, fell to another first round loss this time.

After Another First Round Loss, Khosit Ponders Way Ahead

It was at the last Japan Open that Khosit Phetpradab played the tournament of his life.

The then 24-year-old appeared to have finally made the breakthrough in his career as he took down Shi Yu Qi, Chen Long and Lee Dong Keun on his way to the final, which he lost to Kento Momota.

Today, after he fell in the first round of the DAIHATSU YONEX Japan Open 2019 to Ng Ka Long Angus – his fifth successive first round loss – Phetpradab admitted he had a problem on his hands.

“There is no injury problem. I’ve been thinking too much. I just don’t have confidence in my game. It has made me very slow.”

Phetpradab had had some promising results before his sensational run at the Japan Open last year. He had been in WT Super 500/Grand Prix Gold semifinals (Korea Masters, US Open) and a few quarterfinals.

The 2018 final was expected to be a turning point, which would give him the confidence for an upward surge. Instead, the Thai crashed to one opening round loss after another. In 17 tournaments since then, Phetpradab has fallen in 12 first rounds and three second rounds; the exceptions being quarterfinals at the Denmark Open last year and India Open this year. Essentially, he has won only seven out of 24 matches since his dream run in Japan last year.

“You know, last year I had nothing to lose. Just play, just enjoy, and have fun. That gave me freedom in my game. After that, the pressure increased. I’m not able to play with the same mentality as I had last year.”

Having acknowledged he had a problem, Phetpradab contemplated the path ahead.

“Now I have to change, I have to talk with my coach. I have to see what they recommend. Firstly, the change has to be inside me, about strategy, about my mind. I need to enjoy playing the way I did last year.”

He will hope that next week’s Thailand Open, where he will play at home, will help a turnaround in his fortunes.