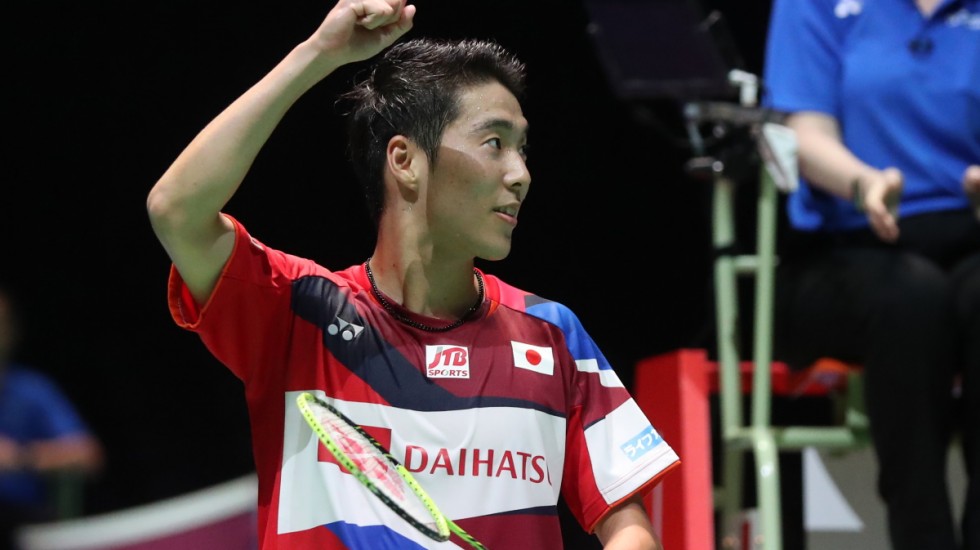 Kanta Tsuneyama had a surprise in store for Chen Long.

Home hope Kanta Tsuneyama sent Chen Long crashing to his second opening round loss this season, as the fifth seed was packed off in straight games at the DAIHATSU YONEX Japan Open 2019 today.

Chen’s misery continued into a second successive week following a second round exit in Indonesia. He had earlier this year fallen in the opening round of the All England.

After going down tamely in the opening game, Chen held the upper hand until the interval in the second, but Tsuneyama quickly caught up and closed out the contest in 52 minutes, 21-14 21-17.

It was a day of mixed luck for the hosts. Men’s singles top seed Kento Momota made it past Hans-Kristian Vittinghus in straight games, as did men’s doubles fifth seeds Hiroyuki Endo/Yuta Watanabe over Liao Min Chun/Su Ching Heng.

Other Japanese casualties were Sayaka Takahashi to Mia Blichfeldt in women’s singles, and Kohei Gondo/Ayane Kurihara to Marcus Ellis/Lauren Smith in mixed doubles.

Indonesia’s women’s doubles pair Della Destiara Haris and Rizki Amelia Pradipta nearly put out eight seeds Du Yue/Li Yin Hui. The Indonesians had three match points at the end of the marathon encounter, but the Chinese staged a comeback, winning the last five points to take the match 21-18 15-21 22-20 in 84 minutes.

Meanwhile, Thai youngster Kantaphon Wangcharoen, who was in the Indonesia Open semifinals on Saturday, overcame a sluggish start to get past Mark Caljouw. The Dutchman stayed in the contest till 7-all in the second, after which his challenge faded away: 16-21 21-11 21-11.

“We feel relaxed here. You know how it is in Indonesia. We can hear each other here, unlike in Indonesia! Of course, there is so much of motivation there, because of the support we get from fans,” – Greysia Polii, after she and Apriyani Rahayu beat Selena Piek/Cheryl Seinen 21-14 21-13.