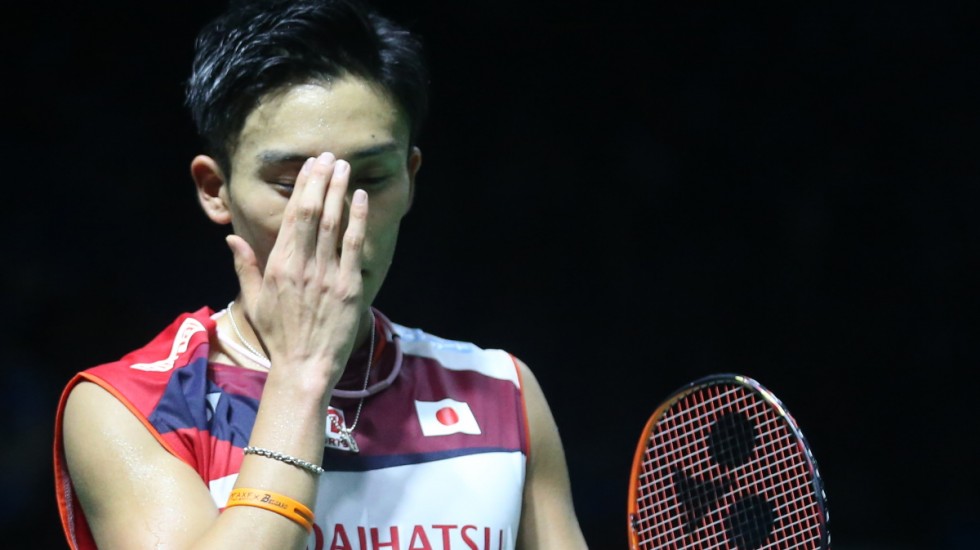 Kento Momota had to undergo surgery after being involved in a serious car accident.

The badminton caravan rolls into Tokyo after Sunday’s fireworks in Jakarta, and with home players facing the prospect of intense scrutiny with Tokyo 2020 on the horizon.

The DAIHATSU YONEX Japan Open 2019 is a test event for the badminton competition at Tokyo 2020, and that infuses the event with special significance. Players will expect an extra buzz around the event, and they will know that a strong performance this week will put them in a good frame of mind – besides giving them vital ranking points in the Race to Tokyo. The Olympics are just a year away, and with the countdown beginning, the pressure will start to get more intense.

A more immediate mission for the players is finding their form ahead of the TOTAL BWF World Championships 2019 next month. The Japan Open and next week’s Thailand Open are the last tune-up events for the top contenders in Basel, and they will be eager to find form and iron out deficiencies.

The attention will be highest on the home players. Japan came away with two titles at the Indonesia Open, and that will fortify them for a challenging week on home soil. Akane Yamaguchi’s relief at clinching the women’s singles title was apparent, for she had, rather uncharacteristically, fallen apart in the Sudirman Cup final in May. She is drawn to meet her victim from the Indonesia Open final, Pusarla V Sindhu, in the quarterfinals.

Also dealing with fan expectations is her compatriot Nozomi Okuhara, who has had a rather uneven season by her standards. While she has been consistent in making a few semifinals, the nature of her two recent losses – second-game hammerings of 21-3 to Chen Yu Fei in Australia and 21-7 to Pusarla V Sindhu in Indonesia – will be on her mind.

Then there is men’s singles posterboy Kento Momota, who, after a mostly brilliant 2018 season, has had to face up to some inconvenient questions. Shi Yu Qi destroyed him at the Sudirman Cup – a tournament that would have completed Japan’s team event haul, and one that they seemed well-placed to win.

In Indonesia, Momota looked a shadow of his former confident self as he went down to one of China’s lesser-regarded prospects, Huang Yu Xiang, in the second round. The world No.1 will have to dig deep within to achieve a turnaround in quick time if he expects to defend his title. Last year he had made history, becoming the first home player to win the men’s singles crown at the Japan Open.

A few interesting questions will be answered in Tokyo over the next few days. How well, for instance, will Chou Tien Chen play after his sensational week in Jakarta, where he outplayed his last four opponents in long-drawn, draining encounters?

And what of his vanquished final opponent Anders Antonsen, who had to be wheeled out of the stadium on Sunday? Antonsen takes on the stonewaller Sameer Verma in his opening round, and much of the outcome will depend on his recovery from Sunday’s exertions.

There will also be a lot of interest in the performance of Kantaphon Wangcharoen, who very nearly made his first major final in Indonesia, only going down narrowly to Chou Tien Chen. The Thai is in the top quarter, and is likely to face Momota in the second round.

Another clash that could go the distance is the re-match between Anthony Ginting and Lu Guang Zu. Ginting held off the fast-rising Chinese youngster in Jakarta, but only just.

Whether emerging youngsters like Wangcharoen and Lu Guang Zu can cause ripples into a second successive week, or whether the established stars hold their own, will be an intriguing question as the Japan Open unfolds.