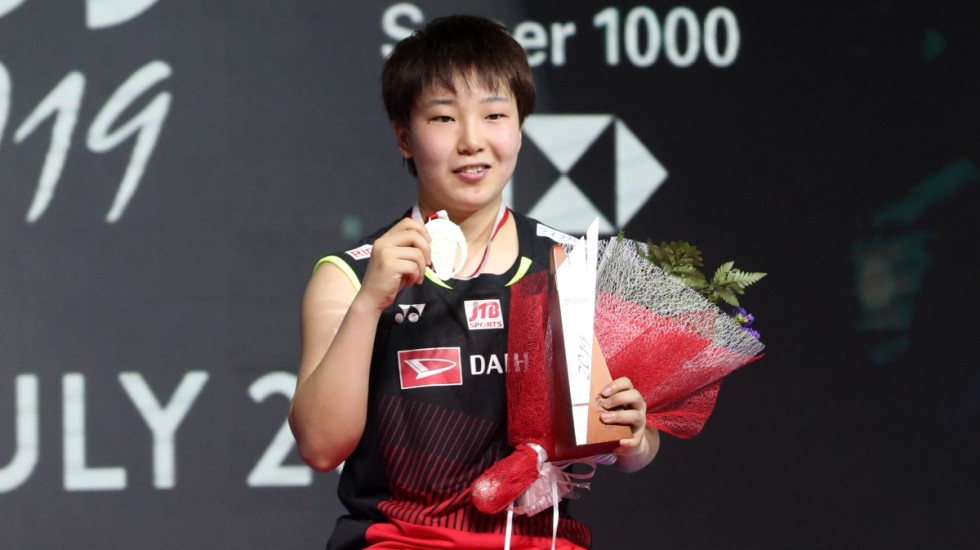 Akane Yamaguchi didn't let her foot off the pedal midway in the opening game.

Determined to redeem herself after a deflating loss in the Sudirman Cup final in May, Japan’s Akane Yamaguchi produced a near-perfect display to clinch the BLIBLI Indonesia Open 2019 today.

The opponent who felt the heat was India’s Pusarla V Sindhu, who was riding high after straight-games demolition jobs over Nozomi Okuhara and Chen Yu Fei in previous rounds. Pusarla was expected to continue in the same vein, but it was Yamaguchi who pulled the strings in the 21-15 21-16 result, giving her a first Indonesia Open title.

Yamaguchi’s victory stopped a sequence of four straight defeats to the Indian and marked her biggest World Tour win since the French Open last year.

The Indian had started out well, using her steep attack to open up a 12-8 lead, but Yamaguchi counter-attacked with verve. The Japanese played at a fast clip, her sharp attacking shots keeping Pusarla on edge and reeling her in. The Japanese cleverly mixed rhythm when she had to, switching to a more patient game when the situation so demanded. The precision on her clears pinned her opponent deep in the backcourt, and Yamaguchi followed up with tight shots at the net.

She frequently outlasted Pusarla in the rallies – winning one 51-shot exchange to go 16-11 up and effectively nail the match.

“I was motivated to do well here after my Sudirman Cup loss,” said Yamaguchi. “I’m thankful to the fans here for cheering for me… I felt they were cheering louder for me than fans back home.

“This win is also important in the run-up to the Olympics. All of us are working very hard and winning a tournament like this is important for confidence.”

A disappointed Pusarla said her inconsistency in the rallies had done her in.

“Yes, there were many rallies and it was a very close game, but I felt I made more mistakes. I was leading by a few points in the first, I should have continued with that, but I made a few mistakes. If I could have taken the first game, the outcome would have been different. I fought back well, but she got a big lead. It’s a good experience. I hope I can go further.

“It was a different game compared to my win over Okuhara. There were some fast rallies. It was her day, she played well. The top ten in the world are of the same standard. It depends on the day and the atmosphere. The tournament went well for me and I started well, but I hope I can go forward.”

This was Yamaguchi’s first win over Pusarla since March 2018 at the All England.