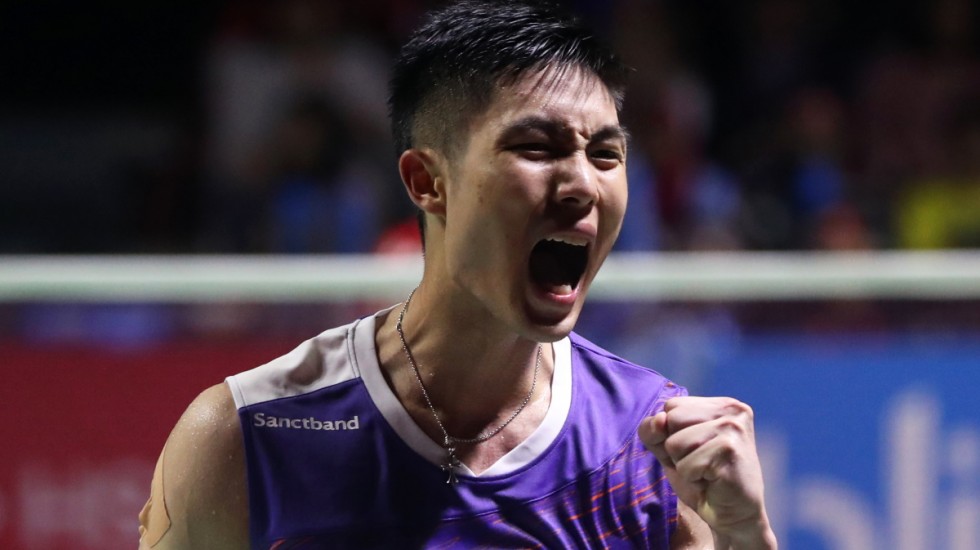 A magnificent men’s singles final at the BLIBLI Indonesia Open 2019 went the way of Chou Tien Chen after he outlasted Anders Antonsen in 91 minutes today.

It was an epic performance from Chou, who survived his fourth straight three-game win, each of which lasted over an hour and fifteen minutes. His triumph today crowned the biggest moment of his career – his first World Tour Super 1000 victory coming in the most dramatic of fashions.

Antonsen had the wind in his sails going into the final. Not only had Chou spent an average 66 minutes per match in his last four rounds, Antonsen himself had had a far earlier path. Three of his matches were straight-games wins; his second round against Shi Yu Qi saw him spend just 12 minutes on court as his opponent retired with an ankle injury.

Besides, the Dane had achieved his biggest triumph in the very same arena a few months ago – beating world No.1 Kento Momota in the final.

Given the context, nobody would have anticipated the drama that unfolded.

Chou poured on the pressure in the opening essay forcing Antonsen to fight a rearguard battle. His belated fightback saw him whittle down the lead, and with a streak of ten points out of 12, he breathed down Chou’s neck before the fourth seed scampered ahead.

The match had started cooking, and the crowd had got into the act, shouting itself hoarse on every point. Chou, avoiding the open game, drew the Dane to the net and won nearly every point up front. Antonsen was judicious in attack and precise in his smashes. Both players struggled to shake free – from 15-all, the lead never went over one point – each gained a step, before the other drew level.

Antonsen was denied on game point four times; he saved one match point before finally converting his fifth opportunity.

If there were any doubts on whether Chou could last this marathon, they were dispelled. The Taiwanese found the physical and emotional energy to keep going. At the net again he outplayed Antonsen, and he also found the energy to go for the jump smashes. By the end of the match he had a handy lead, and after the last point was over, he lay down on the floor, where he was joined by Antonsen, who had also given it everything.

“He’s really good at mixing up his style and it’s not easy to play him. At this level, when you play a guy like Chou, you cannot afford to not be there all the time. We were both really tired. When he lay down (after the final point), I also wanted to lay down and fall asleep,” said Antonsen.

Chou struggled to put the enormity of his achievement into words.

“It was magic that I could do this. I just tried to maintain my attitude, because you cannot control the outcome. I showed a lot of people how I can do this, how I can control myself. I just tried to get every shuttle back. Antonsen is a great player too, hopefully we can play again.

“This shows that I’ve improved in my career. I’m 29 but I still can improve. It’s amazing that I can do this.

“I just wanted it to finish. I spent the longest time on court, so everyone could see me for a long time! Mentally I’ve improved a lot now.”

The Indonesia Open is the biggest title in Chou’s career, and adds to his wins at the French Open, Singapore Open and Korea Open.