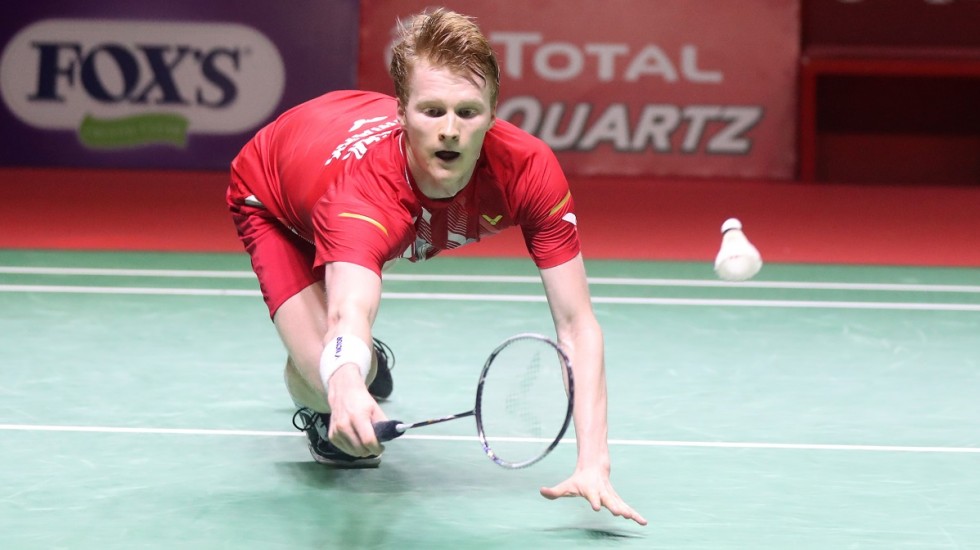 Can Antonsen make it two wins in Indonesia in a year?

Dane Anders Antonsen has the chance to join rarefied air in claiming the Indonesia Masters and BLIBLI Indonesia Open 2019 in the same year after claiming his semifinal against Wong Wing Ki Vincent on Saturday night.

Antonsen, who stunned Kento Momota in the Masters final in January, continued his strong form of late with a 21-17 21-11 win over the unseeded Hong Kong player.

It comes off the back of his European Games gold medal in Minsk in June that saw him enter the top 10 in the men’s singles world rankings for the first time.

Antonsen was ecstatic with the result and the prospect of a first Super 1000 title. “I feel extremely good. I’m super happy with my performance.

“He [Wong] played a good game. It’s the first time we played each other and I struggled to figure him out in the beginning. But after I got the first game under my belt I then felt I played better,” he said.

As for tomorrow’s final? “I’m just going to enjoy this moment a little. Back-to-back finals at the Istora Gelora [Bung Karno] is unbelievable.

“I feel good. I was happy to play two games yesterday and today, and I think he [Chou Tien Chen] has played some tough matches. So, it will be exciting to see what happens.”

It was not all bad news for Wong. Earlier in the day, he received the news he had been elevated into the main draw of the Japan Open, replacing the injured Shi Yu Qi.

Antonsen takes on Chinese Taipei’s Chou Tien Chen who will also be eyeing his maiden Super 1000 crown after outlasting an impressive Kantaphon Wangcharoen 21-19 18-21 21-16 in their semifinal.

The match will likely be viewed with greater significance down the track as both players came of age in an intense affair.

Having threatened to produce a performance of this kind over the last few seasons, Wangcharoen stepped it up another gear to push Chou all the way.

It may have been a different story had he not been faulted for a net tap at 14-16 down in the decider. It proved to be a contentious decision, as the Thai was on a roll and had momentum on his side.

Regardless, his achievements are certainly a boost to Thai badminton with the 20-year-old on the cusp of great things with this his best result in a fledgling career.

It’s also a significant stride for Chou who this week has had to endure a torrid draw – as pointed out by Antonsen.

Hour-plus long slogs against Lin Dan and Jonatan Christie certainly conditioned him for the semifinal as he eventually withstood the second and third game surges from Wangcharoen.

Chou also clearly loves playing at the Istora in Jakarta – the scene of his silver medal at the Asian Games last year – and it would be no surprise to see him climb the summit to a career-high achievement against the Dane.

It will just be a matter of his fitness.

It was always going to be a tough ask, but Malaysia’s mixed doubles pairs can hold their heads high after falling at the second to last hurdle against the might of China’s top two seeds.

The formidable Zheng Si Wei and Huang Ya Qiong then repeated the dose with a 21-12 21-15 victory over Tan Kian Meng/Lai Pei Jing.

As for the final, Zheng and Huang hold an 8-1 head-to-head record over their compatriots.

All three doubles finals will be contested by the same nations. It’s an all-Japan final in the women’s doubles, all-Indonesia in the men’s doubles and all-China in the mixed.