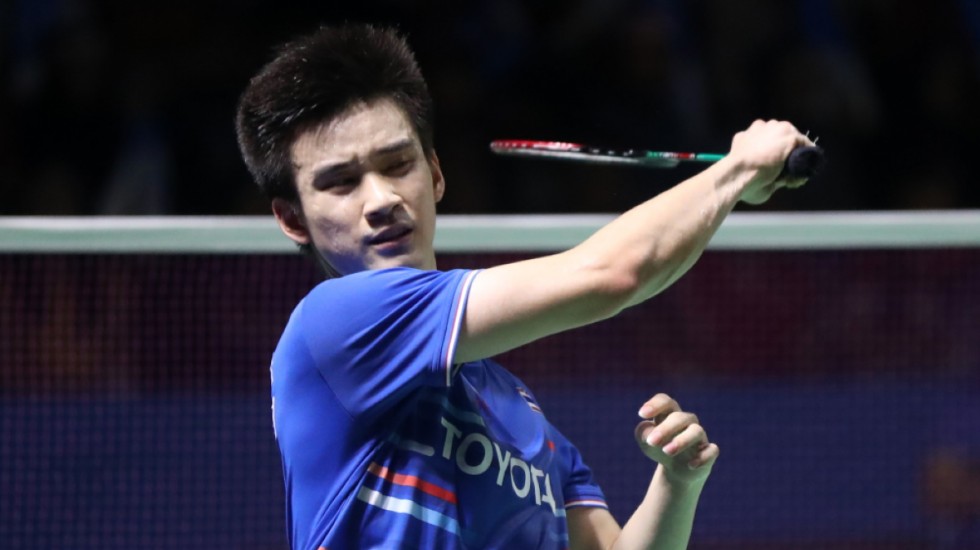 Can young Thai Kantaphon Wangcharoen keep his form into a second straight week?

It was the latest high point in the nascent career of the 20-year-old, who went a step further than he had at this event last year.

As with his first round slugfest against Kanta Tsuneyama, or his second round defeat of local favourite Anthony Ginting, Wangcharoen once again displayed his sharp attacking abilities, while keeping calm when Huang drew close at 17-18 in the second. The 20-year-old Thai quickly closed it out from there, 21-10 21-17.

“I’m very excited because this was the quarterfinals. I’m really happy with my performance today as I’m in my first major semifinal,” said the soft-spoken Thai, who has been the story of the Indonesia Open so far.

The Thai served notice of his potential two years ago, making the final of the Thailand Masters. Since then, he has constantly promised to achieve his big breakthrough. He was one of the surprise qualifiers to the HSBC BWF World Tour Finals 2018, thanks to consistent performances through the season, which included a semifinal at the Swiss Open and quarterfinals at the Indonesia Open and French Open.

His confident show through the first three days prompted his coach Agus Dwi Santoso to say there were “no limits” to what his trainee could achieve.

“In terms of talent, he’s one of the best I’ve worked with,” said the Indonesia-born Santoso, who has worked with several top performers, including Hendrawan, Heryanto Arbi and Marleve Mainaky. “There are no limits to how far he can go. If he can keep thinking and stay happy with badminton, there are no limits.

“He’s not purely an attacking player now like he used to be. I had to work on improving his skill in stroke-play. He’s got a good attack because he has speed, and not every player has that explosive power.

“His main quality is he’s a hard worker. Now he’s improving in his stroke-play, earlier it was all about attack and speed. Now he can think about strokes, about control and patience. You need to know when to use attack, when to use control. He’s still improving. He’s following the programme and obeying us coaches, and he’s quite disciplined.”