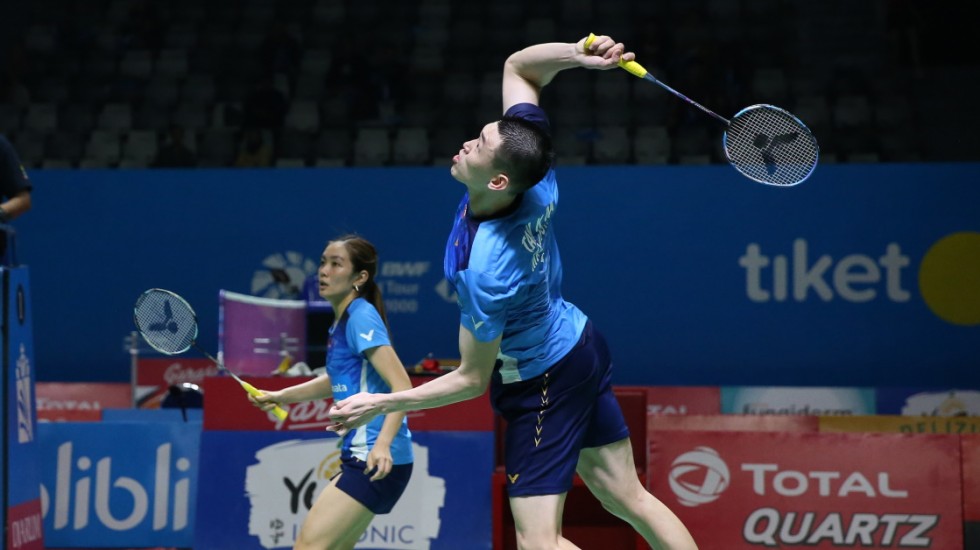 Tan Kian Meng and Lai Pei Jing came up with the goods under pressure.

It all seemed to be going awry for the Malaysians in the third game against the Adcock couple, Chris and Gabrielle. The Adcocks had caught the Malaysians a few times with the flick serve; with two consecutive flick serves, Chris Adcock caught them napping to go 14-11 up.

But the England duo overplayed their hand; Chris tried a third consecutive flick, and this time Tan smashed right past him. The Malaysians stepped up a level, with Lai outstanding in defence as she expertly crafted the openings for Tan.

“It’s a big achievement for us as it’s our first Super 1000 semifinal,” said Lai, who was running a fever. “We feel great. Last year we didn’t perform for a long time, but we’re getting better now and we’re quite happy.”

Matches between the two have often been long-drawn, bitterly fought affairs, but today Pusarla was all over Okuhara, who was fending off her rival’s attack all through the 44-minute encounter. The Indian, finding her spots with crisply-hit shots and keeping the shuttle tight at the net, left Okuhara looking forlorn as the Japanese just couldn’t get her game together to counter an opponent in form.

The surprise of the evening session was the tame surrender of local hopefuls Fajar Alfian/Muhammad Rian Ardianto to Takuro Hoki/Yugo Kobayashi. After a close opening game, the Indonesians fell apart under a withering spell of attack from Hoki and Kobayashi.

“I think it was a mental thing. He went from 100 to 0 real quick. He was leading 14-11 and then I took nine straight points. We were really testing each other in the first set, and trying to figure out who was the stronger guy, and it turned out to be me. I think I have quite a decent defence and of course you don’t want to give an attacking guy like him too many chances.” – Anders Antonsen.