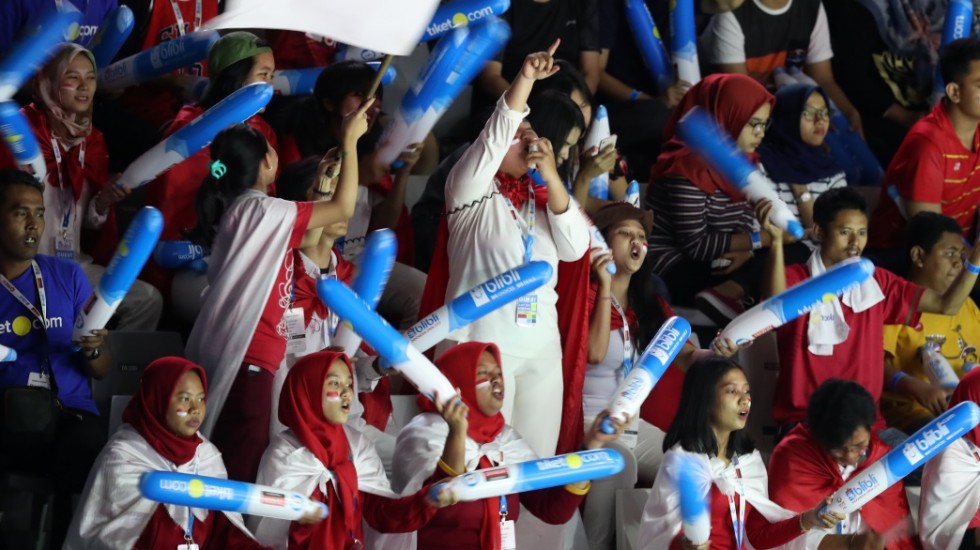 The Indonesia Open is loved by players for its unique atmosphere.

Few things can awe the top pros after years on the circuit, but the charged atmosphere at the Indonesia Open is one of them. It is unusual for any other event to have a full-house crowd at 9am on a Tuesday; the Indonesia Open defies all convention in this regard.

It was a deafening opening session at the BLIBLI Indonesia Open 2019 this morning. The crowd was out in full strength, and the players couldn’t have been more pleased. Even those like Germany’s Isabel Herttrich and Linda Efler, who fell in straight games in the opening round of women’s doubles.

“It’s very special, it’s the most exciting one on the Tour. It’s 9 O’clock in the morning and (yet) they were really loud. It’s often difficult to hear each other on court, I would wish there are more tournaments like this,” said Herttrich.

Now in its 37th year, the Indonesia Open has always had a reputation for the warmth and enthusiasm of its spectators. Players heard about its legendary atmosphere much before they set foot in Indonesia, and yet they never appreciated what it meant until they actually entered the arena at the Istora Senayan for the first time.

“We heard from other players, that it’s loud and special. But when you get here, you’re really surprised. When you hear about it, you think it can’t be so loud and cheerful, but for sure it was surprising,” says Herttrich.

Senior pro Hans-Kristian Vittinghus, who has attended the Indonesia Open for well over a decade, believes that the attendance over the first few days has actually increased in the last two or three years.

“Atmosphere-wise, it’s the most special tournament in the world,” said Vittinghus, after his clinical first-round win over Wang Tzu Wei. “You can just hear the crowd at 9 O’clock on the first day, and they’re already going mental. It’s amazing for us players to feel this atmosphere and the support we get here, it’s like nowhere else in the world.

“I think the past two-three years, it’s been even crazier. It’s been full at the stadium even earlier than it used to be. Like in the old days when I started, it used to be from the quarterfinals onwards, but I feel now it’s quite full from the start. I’m impressed that 9 O’clock on a working day, that there’s such a nice atmosphere. That’s my feeling, I haven’t made any investigation into it. Also, everything around the arena has been upgraded, that’s the right way to go.

“It’s about enjoying all the chances we get here. I’m an old guy now, so I don’t know how many chances I’ll get, but I’m trying my best to really enjoy when I play here. I call it the ‘home of badminton’, it’s a very special place to play.”

“I don’t think I’ve ever seen a crowd this big for a first day here,” said Chris Adcock. “We know obviously they love badminton here and the crowd are always amazing. It’s always a nice atmosphere, but it’s nice to have it from the first day.”

“Every time we come to Indonesia, the crowds are always great,” said Gabrielle Adcock. “I was surprised this morning, stepping on court at half-past nine, to see the hall pretty much full. For badminton players, that’s what we want to be doing, playing in front of big crowds cheering you on, so it’s got a great buzz and feel. We’ve played here 10 or 11 times, it’s one of our favourite tournaments to play in just because of how passionate the people are towards badminton. It’s quite inspiring.” 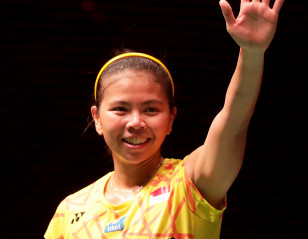