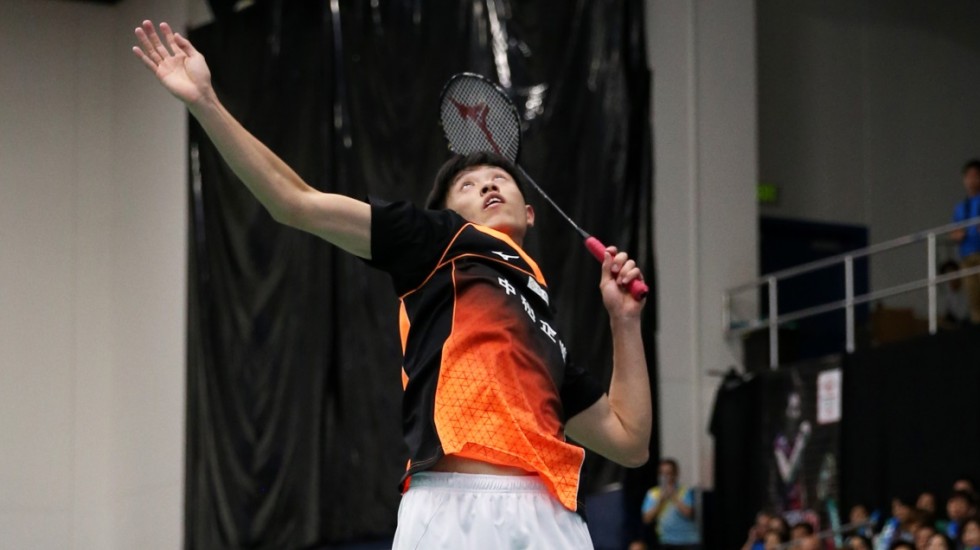 Lin Chun-Yi served up a big surprise at the Yonex US Open.

Qualifiers Steal the Show at US Open

Teenager Lin Chun-Yi stunned the field at the YONEX US Open 2019, clinching the men’s singles title yesterday in his first final of this level.

The 19-year-old started out the qualifying rounds before completing a series of upsets to win his first senior title. He beat Brazil’s Ygor Coelho in the opening round and Canada Open winner Li Shi Feng in the second.

Korean veteran Lee Dong Keun, the top seed, was next to fall; Lin then beat compatriot Lin Yu Hsien in three games in the semifinals. The title bout saw him face experienced Thai Tanongsak Saensomboonsuk, whom he steamrolled 21-10 21-13.

Lin’s previous appearances in a final were at the Finnish Open in April, when he was beaten by Thailand’s Kunlavut Vitidsarn, and at the Sydney International in 2017, which he won.

Earlier, Wang had made her way past second seed Saena Kawakami (Japan) in the second round, and the sixth seed Ayumi Mine, also Japan, in the semifinals.

The final day’s proceedings began with Chinese Taipei’s Lee Jhe-Huei and Hsu Ya Ching achieving their best result this year in their first season as a pair. The qualifiers, who were in the semifinals of the Canada Open, surprised a strong field. They beat sixth seeds Ronan Labar/Anne Tran in the second round, followed by a thrilling 21-13 18-21 21-16 result over Canada Open champion Ko Sung Hyun/Eom Hye Won in the quarterfinals.

This was the Japanese’s first title since the Chinese Taipei Open last October. Since then, they finished second-best in two finals – Barcelona Spain Masters and Swiss Open.

The Japanese were mostly untroubled through the week, with only the semifinal, against China’s Chen Xiao Fei/Zhang Shu Xian, costing them a game.

This was the third title this year for the 2014 world champions after the Osaka International Challenge and the Australian Open.

Ko and Shin had to endure a difficult week, as they were taken to three games in every round. They survived a match point against Japan’s Akira Koga/Taichi Saito in the second round, and went on to beat Lu Ching Yao/Yang Po Han (Chinese Taipei) and Hiroki Okamura/Masayuki Onodera (Japan), both in three games, on the way to the final.