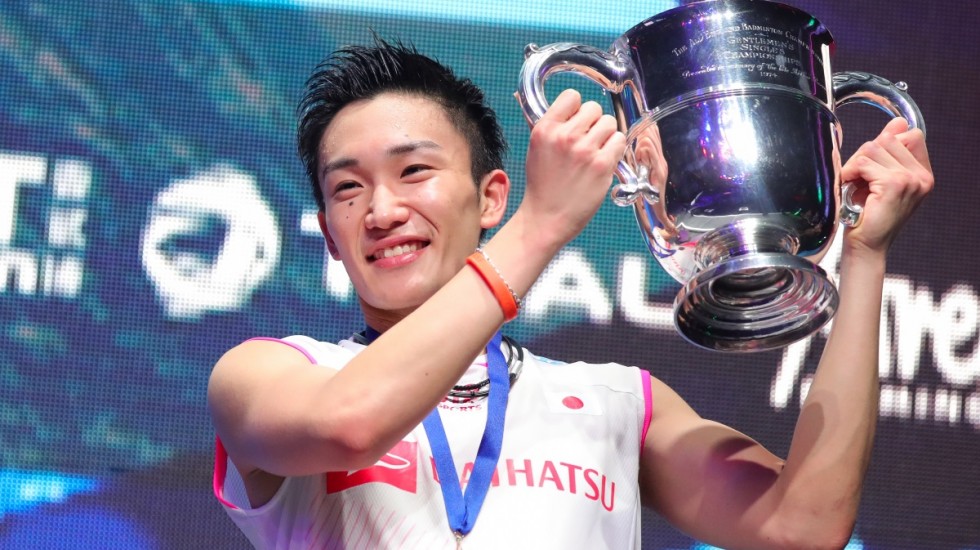 Kento Momota made US$70,000 from winning the All England.

Kento Momota, Tai Tzu Ying and Chen Yu Fei have crossed the US$100,000 mark in prize money over the first half of the year.

Japan’s Momota is the highest-earning player this year across all categories, having made prize money of US$123,275. Momota won the German Open, the All England and the Singapore Open, besides finishing runner-up at the Indonesia Masters. The Japanese world No.1 made US$70,000 alone from winning the All England.

China’s Zheng Si Wei and Huang Ya Qiong, the most successful mixed doubles players over the season, each made US$79,210. The Chinese duo won three tournaments in a row (Indonesia Masters, All England, Malaysia Open) before a semifinal finish in Singapore.

Compatriots Chen Qing Chen and Jia Yi Fan too have had a profitable season, with US$68,106 each. Chen and Jia were champions at the All England and the Malaysia Open, and runners-up at the Australian Open.

The highest earners in men’s doubles are Indonesians Mohammad Ahsan and Hendra Setiawan, with US$60,251 each. The All England and New Zealand Open champions are ahead of Japan’s Takeshi Kamura/Keigo Sonoda (US$42,560) and compatriots Marcus Fernaldi Gideon/Kevin Sanjaya Sukamuljo (US$32,822).

Japan’s Yuta Watanabe, who is No.5 in men’s doubles (with Hiroyuki Endo) and No.3 in mixed doubles (with Arisa Higashino) has earned a total sum of US$49,671. Watanabe and Endo won the German Open and were finalists in New Zealand, while he and Higashino were runners-up at the All England.

Another player who plays in two categories, Thailand’s Sapsiree Taerattanachai, made US$42,372, thanks mainly to her Singapore Open win and Malaysia Open semifinals in mixed doubles (with Dechapol Puavaranukroh).

@bwfmedia
Unable to train on court during the lockdown, Indian doubles player Chirag Shetty has become…