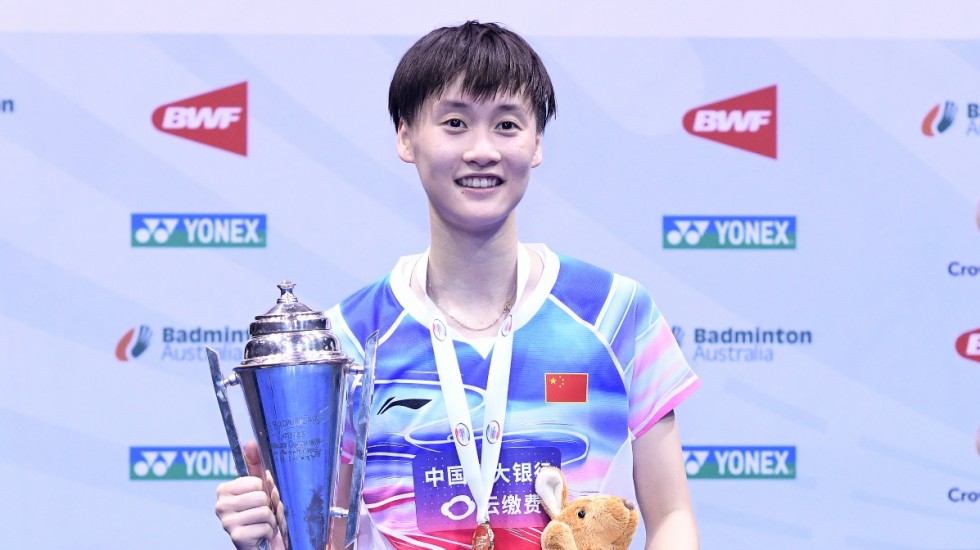 Okuhara was combative in the opening game, but Chen Yufei blitzed the Japanese in the second, allowing her just three points: 21-15 21-3. The uncharacteristically one-sided bout ended with Chen winning her third title this year.

“Okuhara played at a high speed and aggressively in the first game. She made a few mistakes and lost confidence in the second game,” said Chen Yufei.

“I did not have specific tactics for this match. I reckon it is more important to prepare for each rally which I learned from yesterday’s performance. When I played with Jindapol yesterday, I was leading by a few points at the beginning of the second game, but she then got the lead.”

The men’s singles final saw Jonatan Christie outplay his Indonesian compatriot Anthony Ginting 21-17 13-21 21-14 for his second crown this year. Christie improved his career record over his close rival to 3-2.

“This is my second World Tour Super 300 title and I’m thankful. We have been together since 2015, we’ve been training together. Anthony is my roommate also, but on court we are opponents, not friends. But after the match, we get back together. I have been training extra, I think I’ve been training more than him. My fighting spirit was pretty good today. I attacked quite a lot and I think that helped. I now feel more confident and I hope I can play well in the Indonesia Open.”

The most significant result of the day was in men’s doubles, with unseeded duo Ko Sung Hyun/Shin Baek Cheol storming to the title. The former world champions, who had retired in 2016 before staging a comeback, won their biggest title since their return, beating top seeds Takeshi Kamura/Keigo Sonoda 21-11 21-17.

“We feel especially good because we have beaten the top seeds,” said Shin. “Before this game, we trained a lot to get prepared.

“Our goal is to compete at the Tokyo 2020 Olympic Games. If we can continuously have success like today, I am sure we can qualify. We are planning to do hard training and we want to have a good performance there.”

“We thank everyone who came today to support us and thank you for all the support. We will try our best to show you our good performance in the future.”