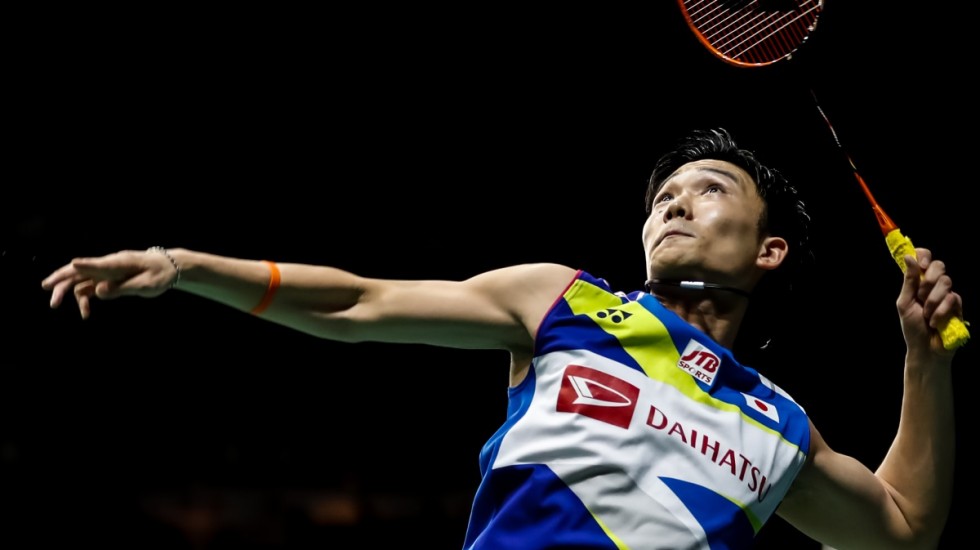 World No.1 Kento Momota held off a spirited fightback from Sai Praneeth to make the second round of the Singapore Open 2019 today.

Praneeth, playing an inspired game at the scene of his career’s biggest triumph – the Singapore Open of 2017 – had Momota in his sights but failed to pull the trigger on time. The Japanese wriggled free, victorious at 19-21 21-14 22-20 in 75 minutes.

The No.1 survived, but last week’s Malaysia Open champion Lin Dan retired from his first round against Viktor Axelsen while trailing 13-20.

Lin blamed cramps in his left thigh for his decision. “The Malaysia Open was quite intense and I played a few long matches. I felt cramps in my left thigh and didn’t want to risk serious injury before the Sudirman Cup,” he said.

Praneeth kept Momota guessing with his deft wristwork; the Japanese was unable to dictate terms as is his wont. But from 9-all in the third, his steady, opportunistic game saw him comfortably placed at 19-13.

Praneeth’s rearguard battle came at this point; the Indian dug in and created his openings, into which he fired sharp smashes. Momota looked increasingly jittery as Pranneth drew to level terms at 20-all. However, the Japanese was again rock-steady when it mattered, and he refused to concede the advantage.

A dejected Praneeth rued his inability to pull off what would have been a memorable win.

“There were some crucial rallies where he drew me into his game and I lost those points. You can’t give him any chances,” said the Indian.

“I got a bit of confidence having pushed him so close, but with games like this, if you win, it helps you in your next match. Before entering the court, I didn’t know how to play him. When I saw him at the All England, he was so fit despite the long rallies and I was wondering how to play him. I’m happy with how I played today, but it would have been better if I could’ve pulled it off.”

“It was a very tight match. I had to adapt to the court because the wind in the stadium is very unpredictable which made the match a lot more challenging. I feel more confident now because I managed to defeat top players in Malaysia like Kento Momota and Viktor Axelsen. However, my performance today was not up to my expectations.” – Jonatan Christie, after beating Khosit Phetpradab 21-18 19-21 21-18.