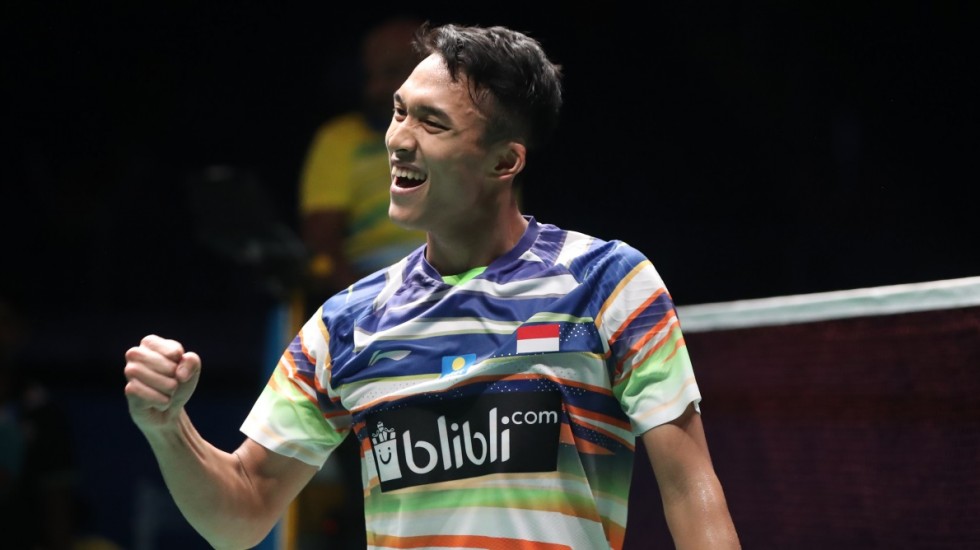 The Indonesian held off a stiff challenge from the Dane, winning 21-18 21-19 on the 41st minute after Axelsen dived in vain for a shuttle at the net.

Christie faces China’s Chen Long, while the other semifinal will see Lin Dan take on younger compatriot Shi Yuqi. This will be Christie’s second Malaysia Open semifinal after 2016, where he – interestingly– faced Chen Long.

Lin’s run of form continued, as he reached his first semifinal at a top-tier event since All England 2018, beating Kanta Tsuneyama in three games.

The mixed doubles quarterfinal between second seeds Wang/Huang and Chan/Goh was close all the way. Malaysia recovered well in the second game thanks to some brilliant work at the net by Goh, who very nearly saw them through at the end.

The Malaysians sensationally caught up from 15-19 to 19-all, with the crowd going wild after every point. Chan and Goh kept their nerve in the face of four match points, but couldn’t convert two of their own chances as well. Wang and Huang finally nailed it on their fifth match point: 21-19 16-21 27-25.

“We just couldn’t finish off the match, it was so close,” said Chan. “We played really well and it’s such a shame that we couldn’t win.”

“Our combination was on point, tactically we did almost everything right but just couldn’t nail those crucial points. We should have made those shots but we didn’t and there’s no one to blame but ourselves,” said Goh Liu Ying.

Nozomi Okuhara’s quarterfinal victory over He Bingjiao was her sixth win in as many matches. The 21-19 23-21 result will see her take on compatriot Akane Yamaguchi.