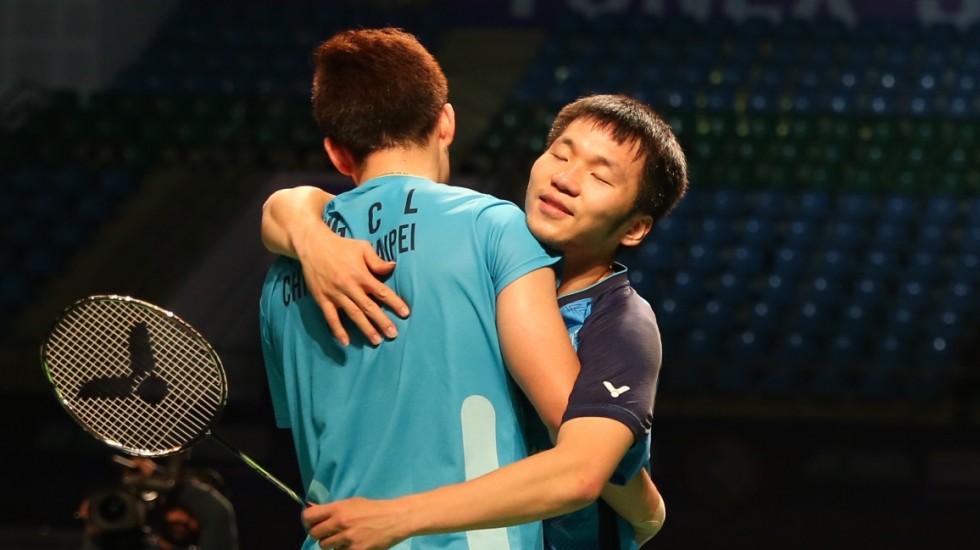 It was their second straight title after winning the Orleans Masters last week.

“It is the first Super 500 title for me so I am happy. It is really amazing for me and good motivation for the year. I didn’t expect to win so early as we started together this year. Now our aim to get into the top 10 ranking and then play in the Olympics and win a medal for my country,” said Wang Chi-Lin.

All the doubles finals were decided in straight games.

Indonesia were in all three finals, but lost two of them. Mixed doubles top seeds Wang Yilyu/Huang Dongping (China) made short work of Praveen Jordan/Melati Daeva Oktavianti 21-13 21-11 to win their first title of the season.

“We didn’t start well but we became steady as the match went on. It was a good week for us. We didn’t have much trouble,” said Wang Yilyu.

Women’s doubles defending champions Greysia Polii/Apriyani Rahayu had a tough battle on their hands after taking the first game against Malaysia’s Chow Mei Kuan/Lee Meng Yean. It was neck-and-neck all the way from 11-all till 23-all; the Malaysians had three game points before Polii and Rahayu overtook them at the end: 21-11 25-23.

“We really thank god for been able to win this title for the second time in India,” said Polii.

“It is our back-to-back title here and it will help us to prepare for our journey for the Olympic race. We still need to do a lot of homework for our partnership ahead of the Olympics.

“I think we prepared for tough matches. We didn’t want to underestimate any opponent. We just wanted to win the game and we fought hard in the second game because we didn’t want to stay on court any longer than necessary,” said Polii.