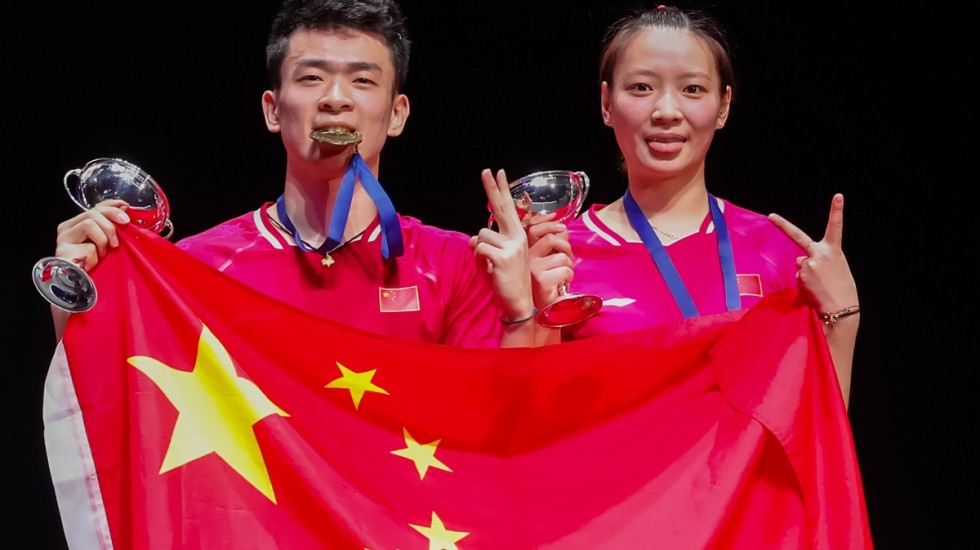 Revenge is Sweet – All England: Finals

The world champions reversed the tables from last year’s decider, disposing of the dangerous Yuta Watanabe/Arisa Higashino 21-17 22-20 to claim their first All England title as a team.

The most dominant mixed doubles pair of 2018 have picked up where they left off, remaining undefeated in the new season through two tournaments, and dropping just one game en route to yet another memorable title.

Chinese Put on a Clinic

There was a touch of déjà vu about the first half an hour of play at the YONEX All England Open Badminton Championships 2019.

Last year, Zheng/Huang had rolled through the first game 21-15 but then succumbed to the dynamism of the Japanese to lose the last two games 22-20 21-16.

For a moment, things seemed to be going the same way as Watanabe/Higashino went up 7-14 in game two after dropping the first 21-17 in 18 minutes.

But the now mature Chinese withstood the challenge and held their nerve to claim China’s third win of the day.

With the Tokyo 2020 Olympic qualifying period nearing, both pairs are in a strong position to cement their place at the top of the rankings

Watanabe/Higashino have one victory, a runner-up finish and a semifinal appearance from their four tournaments in 2019.

Watanabe, in particular, is in great form with a men’s doubles and mixed doubles title to his name.

“All our thinking was how to get the points back,” said Huang, when quizzed on the 7-14 scoreline midway through the second game.

“I’m really happy to partner with Zheng to win this historic tournament,” she added.

It is Huang’s second All England mixed doubles title after winning with Lu Kai in 2017.