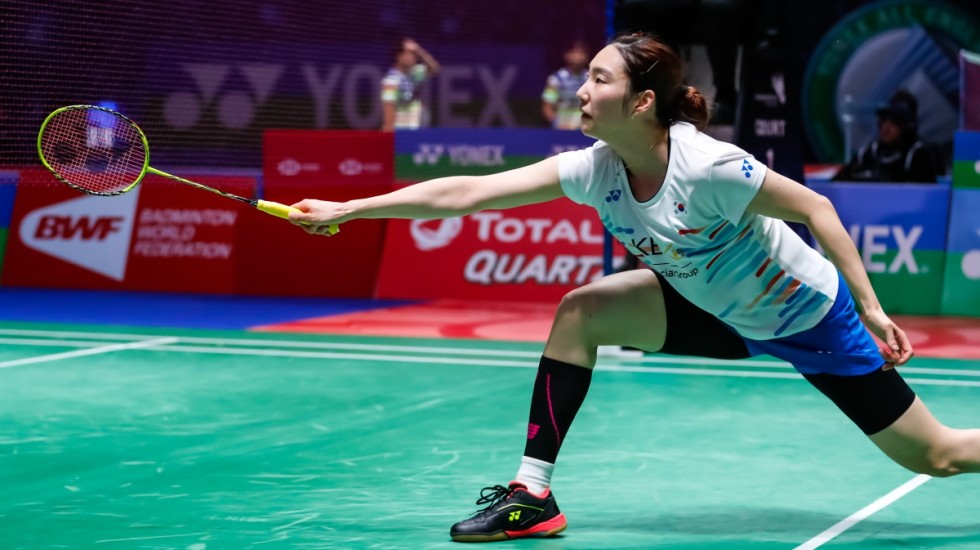 Women’s singles third seed Pusarla V Sindhu saved eight match points before going down to Sung Ji Hyun in the opening round of the YONEX All England Open Badminton Championships 2019.

Pusarla, who was one of the favourites to win the title given her season-ending victory at the HSBC BWF World Tour Finals in December, never quite looked in control of the match. The Indian struggled to break free of her Korean opponent, whose efficient court movement and steady play eventually wore her down.

Sung had her chance to clinch the match in straight games with three match points in the second, but Pusarla played some of her best badminton at this stage. The Indian might have anticipated a switch in momentum, but Sung’s shoulders didn’t drop and she continued to stay rock-steady in the rallies, extracting several errors from Pusarla.

The match slipped from Pusarla’s grasp midway through the third game, as she lost nine of ten points to fall 10-18 behind.

“We know each other’s game well,” said Sung. “I had things under control and should have been more aggressive when I was 20-13 up. Instead, I waited for her to make mistakes and she got a number of points.”

The draw has opened up now for Sung, who will take on Hong Kong’s Cheung Ngan Yi – and will expect to make the quarterfinals.

This was Sung’s second straight victory over Pusarla, and improves her career record against the Indian to 7-8.

“We’ve been struggling and have had a lot of conversations about what to do. Both of us feel we have more to give to the sport and aim for the big victories. We decided we didn’t have anything to lose by splitting up and playing with new partners,” said Boe.