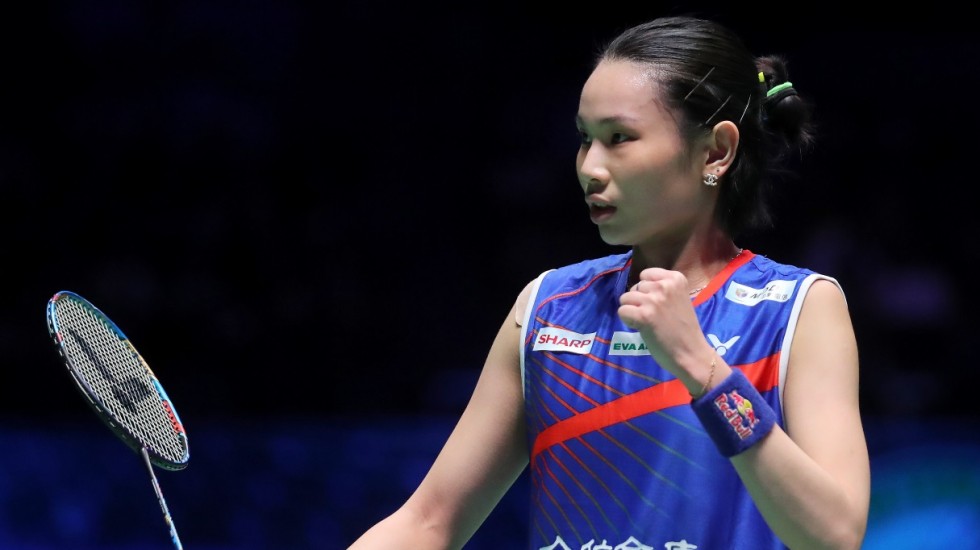 Tai Tzu Ying will be looking for a hat-trick of titles at the All England.

A winning streak that hasn’t been repeated in a decade will be on the line when Tai Tzu Ying begins her campaign at the Yonex All England Open Badminton Championships 2019.

Chinese Taipei’s Tai has a chance to emulate Xie Xingfang, who was the last women’s singles player to achieve three straight titles from 2005 to 2007. Tai, winner here in 2017 and 2018, is playing only her second tournament this season and will hope for another successful year, following her brilliant conquests over the last two years.

But while Tai has been the pre-eminent women’s singles player over the last two seasons, she retired injured at the Hong Kong Open and the HSBC BWF World Tour Finals last year due to injury; this season, she crashed out in the quarterfinals in the only tournament she played – the Malaysia Masters. She faces a stiff opening round test in Birmingham, against Canada’s Michelle Li.

Women’s singles has a wealth of talent, but a few contenders stand out due to recent form – India’s Pusarla V. Sindhu and Saina Nehwal, and Japan’s Akane Yamaguchi. Pusarla achieved her career’s biggest triumph at the HSBC BWF World Tour Finals, banishing a major finals jinx that had dogged her. The Indian has made no secret of her ambitions for the All England; the fact that no Indian woman has triumphed at the world’s oldest tournament will spur her on.

Her compatriot Saina Nehwal had her chance in 2015, but was beaten in three games by Carolina Marin. Nehwal herself has found form, and will head into Birmingham on the back of a title victory in Indonesia and a semifinal finish in Malaysia.

Yamaguchi, whose form had slipped in recent months, revved herself back with a fine performance at last week’s German Open. A close three-game win over Ratchanok Intanon in the final meant that Yamaguchi will be full of confidence when she begins her All England campaign against Spain’s Beatriz Corrales.

Japan have a wealth of talent in women’s doubles, with no less than five top pairs. Second seeds Misaki Matsutomo/Ayaka Takahashi shot back to form by winning the HSBC BWF World Tour Finals and the Indonesia Masters, and will hope to recapture the All England title that they last won in 2016.

Among the pairs to be watched is China’s Du Yue/Li Yinhui, who pulled off an unexpected win at the German Open beating the top two Japanese pairs on the way. Korea’s Kim So Yeong/Kong Hee Yong have also had a strong start to the year and are capable of upsetting bigger reputations.

Kento Momota will be the cynosure in men’s singles. The world No.1 has never made it past the quarterfinals in past attempts – but this will be his first All England since hitting peak form following a 15-month layoff.

What will make men’s singles intriguing is that Momota has been fallible in recent months. Players like Anthony Ginting, Shi Yuqi and Anders Antonsen have got the better of him in finals; all three of them will be itching to do well at the All England. HSBC BWF World Tour Finals winner Shi Yuqi, interestingly, has drawn Indonesia Masters champion Antonsen in the opening round in what could be a cracker of a match.

Also, Viktor Axelsen, who has had trouble with injuries last year, appeared to be back at his best with his title-winning performance at the Barcelona Spain Masters, where he beat Antonsen in the final.

With Chen Long, Lin Dan, India’s Kidambi Srikanth and HS Prannoy, and Indonesia’s Jonatan Christie and Anthony Ginting also in the draw, there will be no dearth of top-class action in men’s singles.

Marcus Fernaldi Gideon and Kevin Sanjaya Sukamuljo will be the pair to beat in men’s doubles. Like Tai Tzu Ying, the Indonesians too are in line for a hat-trick. The last pair to achieve that was their compatriots Tjun Tjun/Wahjudi nearly two decades ago – and that will be sufficient motivation for the defending champions.

Interestingly, the four pairs who beat them last year – Han Chengkai/Zhou Haodong; Takeshi Kamura/Keigo Sonoda; He Jiting/Tan Qiang and Li Junhui/Liu Yuchen – are all in the bottom half of the draw.

For Denmark’s Mathias Boe/Carsten Mogensen, this will be their last tournament as a pair after a 15-year partnership. The Danes were twice victors and twice runners-up and will hope for a dream farewell.

In mixed doubles, few would bet against top seeds Zheng Siwei/Huang Yaqiong winning their first All England as a pair after falling in the final last year.